Where is Nikki Campbell?

I know that when it comes to missing people, family members and loved ones never give up hope, never give up the search, never give up looking for some kind of answer. That’s the case for Jess Kimball, the investigative journalist who stars in my Jess Kimball Thriller Series. Her son Peter was kidnapped when he was an infant. It’s Jess’s life mission to find him. 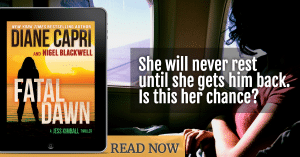 It’s estimated that 800,000 children are reported missing in the US each year. Based on these statistics it appears that children may be more at risk of being abducted based on which state they live in. According to the National Center for Missing & Exploited Children, the number of children who go missing in California is nearly nine times the national average. Since 1994, over 4,541 children have been reported missing in California compared to Florida’s 365 and Texas’s 489. 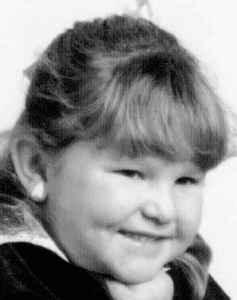 One of these missing children cases in California is Amanda Nicole Eileen Campbell, lovingly called “Nikki.”

Nikki disappeared on December 27, 1991, from Fairfield, California at just four years old. She was last seen playing at a neighbor’s house when she decided to bike by herself to another friend’s house who lived just eight houses down from her own. Despite an extensive search, all that was found was Nikki’s bike and a pair of small blue socks that couldn’t be verified as hers by experts. 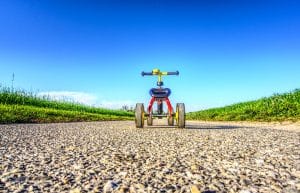 In 2001, a tip led the police to search beneath a house about a block away from Nikki’s family home. The tip had claimed that Nikki’s body would be found beneath the house but no remains or evidence of Nikki was found.

Although no one has ever been charged with Nikki’s disappearance, a waste management plant worker was of particular interest to authorities. He was well known by the police for his strange and often upsetting antics. He frequently visited the graves of other young girls who had been abducted, and in some cases even approached the parents of these missing children. He also had a van that was plastered with images of children and was known to sometimes approach young girls. Although his behavior was suspicious, to say the least, police were not able to link him to Nikki’s disappearance. 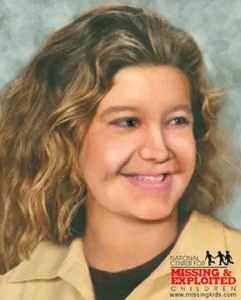 More than seventeen years later it seems highly unlikely that Nikki is still alive, yet cases like Jaycee Dugard and Elizabeth Smart leave room for hope. In 2001, Nikki’s mother reaffirmed that she would not give up looking for her daughter. However, she also acknowledged that even if Nikki were to miraculously return home, Nikki would likely not remember her family or who she had been prior to being abducted.

Like Nikki’s mother, Jess Kimball refuses to give up hope for finding her son, despite the many obstacles.

Here are the links to the Jess Kimball Thrillers, including the latest novel, Fatal Dawn, if you are interested in learning more of her story.

Gone in 90 seconds: Where is Mikelle Biggs?
Luxury At Its Finest: Private Aircrafts