An App That Could Save A Child’s Life

By Diane on December 17, 2015 in Beyond The Covers, Blog, Jess Kimball Thrillers

Investigative Journalist Jess Kimball’s son was kidnapped ten years ago when he was a toddler. Finding him is her personal obsession, beginning in Fatal Enemy and continuing throughout my two upcoming new releases in the Jess Kimball Thriller Series — Fatal Demand and Fatal Enemy.

What kind of resources does Jess Kimball have to help find her son? Tip lines handled by a private team, the internet, her job as a well-known journalist for the national Taboo Magazine that keeps her quest in the public eye, and relationships with law enforcement agencies are the big four. 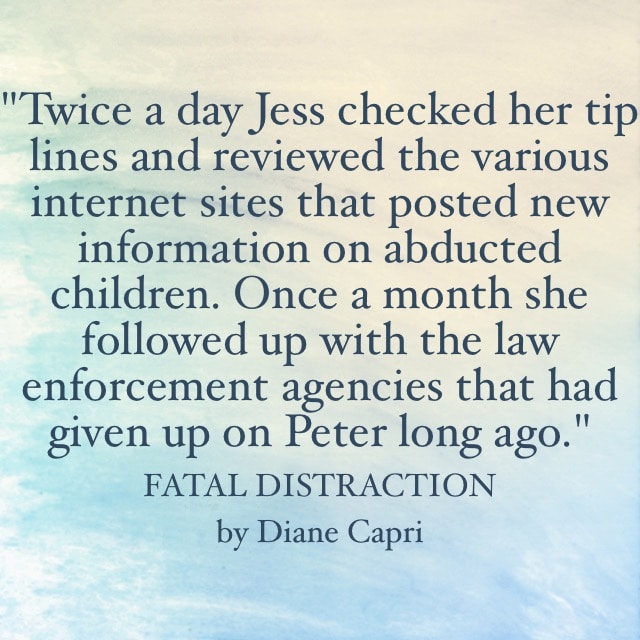 Nowadays, the FBI has an app for iPhone and Android called the FBI Child ID App.

In at least one real-life case, it helped bring an abducted little boy home within hours. When the boy was abducted in Puerto Rico in 2012, his mother was understandably hysterical, and there were conflicting reports about his age in the media. Was he 4 or 7 years old? And where was a good picture of him that officials could release to the public? His family was unable to come up with one in the frantic moments following his abduction.

But a community outreach specialist named Rosa who was working with the family of the missing boy remembered the FBI Child ID App she’d installed on her phone a few months earlier. In case something like this ever happened to her own daughter. 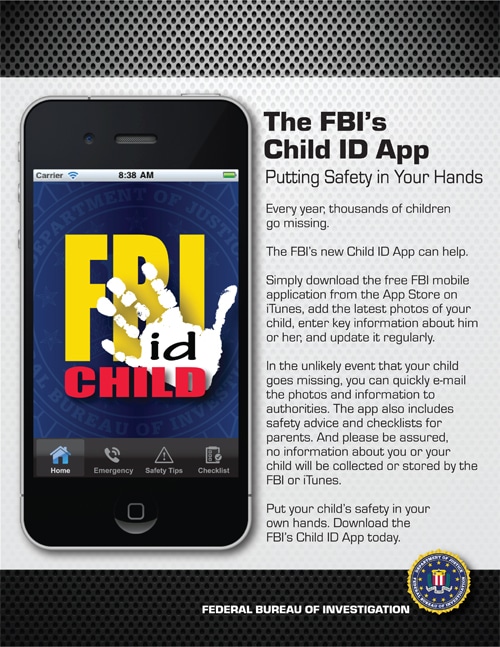 A series of queries on the app prompted Rosa to think of questions to ask the boy’s parents, such as identifying characteristics. “The probing prompted the boy’s father to recall a very unique characteristic about one of his son’s front teeth.”

In this case, the app wasn’t used exactly as intended. But it still helped. The boy was found later that day when a woman in a busy park recognized him from media reports.

In Jess Kimball’s case, an app like this might have helped bring her son home by now, if it had existed ten years ago.

But whether it worked or not, it couldn’t hurt to try.