Gone in 90 seconds: Where is Mikelle Biggs?

Too often, the stories we hear about missing persons end in tragedy, or worse yet, remain unresolved for years leaving families to question what became of their loved one.

As the author behind the Jess Kimball Thriller Series, I keep myself informed about cases of missing children. Despite years of dead ends and false clues Jess Kimball will never quit searching for her son who was kidnapped as an infant. 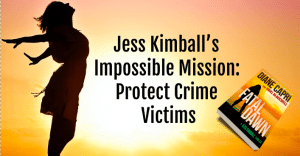 How is it possible for a child to disappear in 90 seconds? That’s what Mikelle Biggs’ family has been asking themselves for the past 19 years. On January 2nd of 1999, eleven-year-old Mikelle and nine-year-old Kimber were eagerly waiting for the local ice cream truck to stop by their neighborhood. Unfortunately this seemingly ordinary event would play out in a way that neither sister could ever have imaged.

The sun began to set as the girls waited and Kimber decided to run the short distance home to grab her coat. Police would later estimate that Kimber had only left her sister’s side for approximately 90 seconds. When Kimber returned, the bike Mikelle had been riding just moments earlier was abandoned on the street. One of the neighborhood boys came outside to help Kimber search for her sister and discovered two quarters that had fallen out Mikelle’s pocket.

Within half an hour, authorities were searching the normally quiet neighborhood on foot and from a helicopter. A massive search ensued that involved digging through mine shafts in the San Tan Mountains, handing out thousands of fliers, interviewing psychics and even tracking down every ice-cream vendor in Arizona. 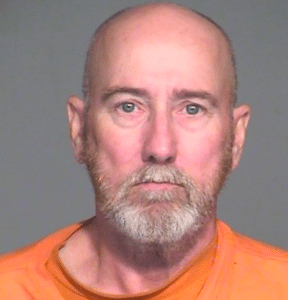 Over the years the Mesa Police Department has received thousands of tips. Unfortunately, many of these tips were dead ends or cruel pranks. One such prank involved a bored twelve-year-old who claimed to have abducted Mikelle. After tracking down the IP address a SWAT team discovered the claim was a hoax.

Despite the case growing cold, a new potential lead surfaced that has once again left authorities and family members questioning. According to AZCentral, on March 14th 2018, a 2009 dollar bill was reported to the police with the following message scrawled across it: “My name is Mikel (sic) Biggs kidnapped From Mesa AZ I’m Alive.” Although the bill initially sparked hope, authorities are skeptical. This may be yet another hoax.

You can learn more about the search for Mikelle Biggs here. 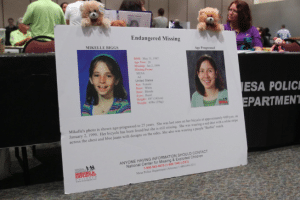 Check out the Jess Kimball thrillers, including my newest release, Fatal Dawn, to find out.