Too often, the stories we hear about missing children end in tragedy. But its the ones that end well that Jess Kimball focuses on.

As the author behind the Jess Kimball Thriller Series, I keep myself informed and motivated by the cases of children who were found alive, too. 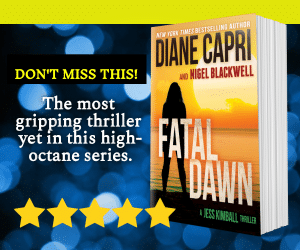 Do you remember the Kamiyah Mobley case? I wrote about it here. In 1998 Kamiyah was kidnapped in Florida, just eight hours after being born. Eighteen years later, the true crime case was cracked by Kamiyah herself.

Today I’m going to look at the Carlina White case which has many striking similarities. Both of these cases can teach Jess a thing or two about hope.

Just three weeks after being born, Carlina White developed a high fever. Her worried parents, Joy White and Carl Tyson, brought Carlina to the Harlem Hospital in New York where they left her overnight. During a shift change, a woman dressed as a nurse abducted little Carlina. Sadly, the hospital’s surveillance cameras were out of order that night and did not identify Carlina’s abductor. 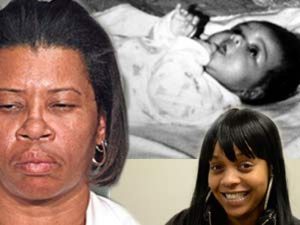 Ann Pettway is pictured on the left and an adult Carlina White is on the right.

For the next twenty-three years Carlina’s parents continued to search for their daughter. Meanwhile, Carlina’s abductor, Ann Pettway, had renamed her Nejdra Nance. Carlina was raised in Bridgeport, Connecticut. Ann eventually gave birth to a son. As Carlina grew older she began to wonder why she did not look like the rest of her family. After becoming pregnant, her suspicions grew when the woman she called her mother was not able to supply her with a copy of her birth certificate.

In 2010 Carlina was scrolling through the National Center for Missing and Exploited Children website and came across an image that resembled herself as a baby. A DNA test confirmed that Ann Pettway was not her birth mother and that her real identity was Carlina White. While the discovery brought Carlina’s birth parents’ heartwrenching search to an end, it was the beginning of a confusing journey for Carlina. 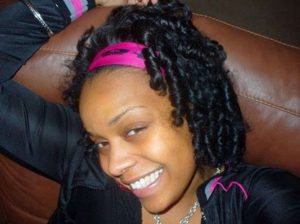 While Carlina’s birth parents strongly pushed for Ann Pettway to serve a twenty-year sentence, Carlina expressed mixed emotions and a desire to maintain a relationship with the family that raised her. In 2012 Ann Pettway pleaded guilty to kidnapping Carlina and was sentenced to twelve years in jail.

What do you think justice for Ann Pettway looks like in this case?

You can find and read all the Jess Kimball Thrillers HERE.

THESE APPS COULD SAVE LIVES
Gone in 90 seconds: Where is Mikelle Biggs?