By Diane on January 12, 2017 in Beyond The Covers, Blog, Michael Flint

What’s happening with gold in Latin America right now is really interesting to me because it overlaps with the plots of both of my two most recent books — Blood Trails and Deep Cover Jack.

So, in Deep Cover Jack, a Hunt for Jack Reacher thriller, one of the questions that comes up is: Why are people so interested in gold, what’s its value in different parts of the world and why, and just what kind of people invest in it? 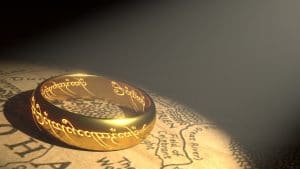 What’s happening in Latin America right now is that illegal gold mining is being used to supplement illegal drug trafficking.

As of 2011, the Colombian Security Service warned that half of the gold mines in the country were illegal. Now, illegal gold mining in Colombia is worth even more than narcotrafficking.

Between heroine and cocaine combined, cartels in Colombia make an estimated $1 to $1.5 billion per year in wholesale proceeds. Compare that to smuggling illegal gold, with proceeds estimating $1.9 to $2.6 billion. This is according to a United Nations World Drug Report.

Many of the spots in Latin America that are rich in gold are in remote locations, which makes mining a tempting option for would-be drug traffickers, driven out of the drug trade by law enforcement cracking down. Problems with illegal gold mining? It’s unsafe for the workers and community, it creates environments ripe for forced labor and human trafficking, it drives mercury levels in nearby bodies of water way up, and it directly funds criminal activity because the gold provides cartels with a “mechanism to convert illicit cash into a stable, anonymous, and easily exchangeable asset to reinvest,” according to Quartz Media. All of these problems are the reasons unregulated gold mining is considered illegal.

Such problems with lawlessness are precisely the reason that the United States regulates land being used for oil drilling. And, in my thriller Blood Trails, when a wealthy land owner needs a missing woman to legally sign over mineral rights, that’s when the need arises for Michael Flint, Heir Hunter.

To find out more about how Michael Flint, Heir Hunter, works the oil drilling system for profit, read my thriller Blood Trails: HERE.

Lasers vs. Drones: Who Wins?
A Wine Lover’s Guide to Michigan

One Response to Is Illegal Gold More Valuable Than Drugs?