A Wine Lover’s Guide to Michigan

According to Wine Enthusiast magazine, Michigan is one of the most notable regions in the world where wine is on the rise.

This thrills me, not only as a wine lover, but also as a Michigan native and as a snowbird who spends my summers in Traverse City. And it’s extra exciting since my Judge Willa Carson thriller Cold Justice is set in Michigan. 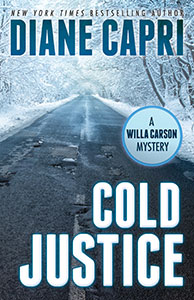 If you know much about wine in Michigan, you’ve probably heard that the state is best known for its Rieslings. Which makes sense because the cold Michigan climate lends itself to a sweeter wine. There’s even a two-day Riesling event in Traverse City every summer. But winemakers in Michigan are getting more creative, expanding outside of traditional Riesling, and even venturing into reds! 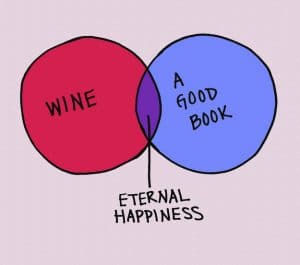 Ice wine is a dessert wine made from grapes that froze on the vine during the season’s first frost. The grapes and the wine are extra sweet. Michigan is great at producing ice wines. 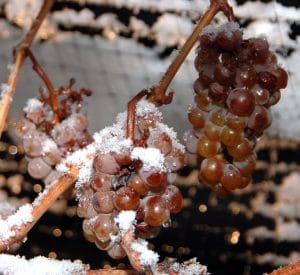 An American Viticultural Area, or AVA, is a designated region for growing wine in the United States. It’s defined by certain geographic features. Michigan has five of them: Fennville, Lake Michigan Shore, Leelanau Peninsula, Old Mission Peninsula, and “Tip of the Mitt”, with 121 wineries and counting. If an AVA is mentioned on a wine’s label, it needs to have at least 85% of the grapes used to make it coming from the specified area. One of the key geographic elements that help to create tasty wine in Michigan’s AVA’s? Good soil.

One could argue that Michigan is the France of America when it comes to wine. That’s because about half of the state’s wine is grown in northern Michigan, which sits at a latitude of 45 degrees. That’s the same position as some other famous wine regions you just might have heard of: Bordeaux, Burgandy, and Alsace.

“It’s a lot more of a moderate climate for growing than people realize because we think of Michigan as this very cold place, and it is, but it has a lake effect that really moderates the temperatures and protects the grapes more than people would think -in the same way that in Bordeaux and Burgundy and Alsace you have that nice balance of weather which really helps create some really elegant grapes.”
–Susan Kostrzewa, Executive Editor of Wine Enthusiast

The lake effect at 45 degrees latitude means that vines are protected by snow in the winter, and growing season lasts about an extra four weeks.

Since I spend part of the year in Traverse City, I’d like to highlight Mari Vineyards, which is in Traverse City and uses heat-capturing canopies to make reds that normally shouldn’t grow in that area. Keeping some of the heat in helps the grapes to mature more than they would in a cooler climate.

If you live near any wineries, I hope you’ll consider touring the vineyards. A lot of work goes into creating those delightful juices that so many of us love to sip while reading our favorite book. Cheers!