What is The Problem with Wild Mega Hogs?

By Diane on October 20, 2016 in Beyond The Covers, Blog, Heir Hunter, Michael Flint

There’s a big difference between wild pigs and the pigs you see at a petting zoo. Why do we care about wild pigs? Read on…..

Texas knows this. And so does Michael Flint, as you’ll read in my thriller Blood Trails. His latest assignment as an Heir Hunter takes him to Texas, where he encounters wild hogs firsthand.

We’re talking mega beasts with curved, razor sharp tusks up to seven inches long. They often weigh 100-400 pounds, though there are reports of some weighing up to half a ton. They’re all over the southern U.S., but Texas has the largest and densest wild hog population. Wild hogs can be about four times the size of the average adult domestic pig. But it’s not just their size that is the problem. Big pigs in captivity, sometimes fed to grow as big as 2,000 pounds, are usually docile. The problem with wild pigs is, well, that they are wild.

A true wild mega hog is far from docile. The dangers can be sorted into two categories — behavior and origin.

How did wild hogs come to exist in the United States?

Make no mistake — wild hogs in the U.S. are an invasive species. It’s believed that early Spanish explorers brought hogs to Texas 300 years ago. Settlers embraced them as a source of cured meat and lard. But perhaps their passion for hogs grew too large. The hog population swelled to the point that they were ranging freely, and many once in captivity had escaped.

It was the 1930’s that amplified the problem. Ranchers brought European wild hogs, or “Russian boars,” into Texas for sport hunting. As the Russian boar population expanded, they crossbred with the Spanish hogs. Today, it’s the feral crossbred hogs that run freely around Texas.

They obliterate food sources for native species of pigs. And they feed on native species, too, including turtles, turtle eggs, and birds.

What’s so dangerous about wild hogs? 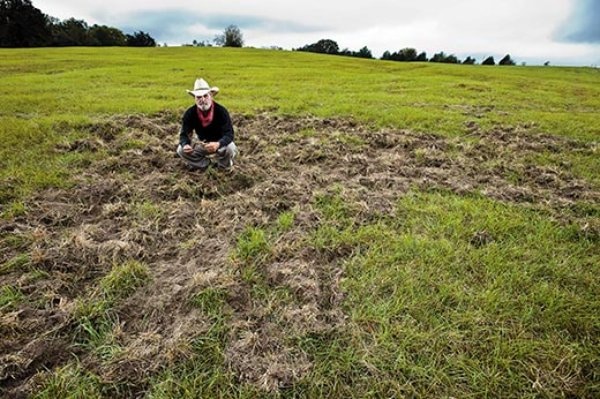 Because wild hogs are an exotic and unprotected species, and because they reproduce so rapidly, and as they start to move into even urban areas like Dallas and Houston, hunting them is encouraged — although a hunting license is required. You’ll get a better glimpse of just how dangerous these creatures are in my book, Blood Trails (Click here to buy or learn more).

2 Responses to What is The Problem with Wild Mega Hogs?