As you might have guessed – I love dogs! Apart from making wonderful companions, dogs are often the unsung heroes involved in solving many mysteries. In my Hunt for Justice Series books, the main character Judge Willa Carson has two adorable labradors, Harry and Bess. Of course, Labradors are known for more than just solving crime, they also save lives. 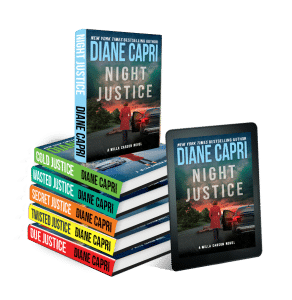 Here are two inspiring stories of pets who became heroes!

When 62-year old Maureen Hatcher from Florida experienced a stroke at home, she had two unlikely heroes.

Her two Labrador Retrievers — Bella and Sadie —  sensed something was wrong after Hatcher collapsed. The pair opened the front door by pulling down the handle and raced next door where they alerted Hatcher’s neighbor by barking.

Luckily, the neighbor was home and recognized that the dogs were trying to tell her something was wrong. Due to their quick thinking, the neighbor was able to call emergency services who were able to save Hatcher’s life.

As Hatcher was being loaded onto the stretcher, paramedics commented that the dogs appeared to be in distress and were very protective of their owner. 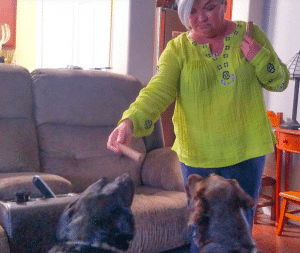 In another amazing twist of fate, Charles Grise of Goshen was also saved by his black Labrador in 2012. Grise had been working in the rafters at his business when he fell face-first into the bathroom. His head hit the sink as he fell, knocking the sink from the wall. With a broken nose and three broken vertebrae in his neck, Grise was unable to call for help. To make matters worse, cold water began pouring from the sink pipes, putting Grise at risk of developing hypothermia.

Fortunately, his steadfast lab named Lady sensed that Grise was in distress and draped her body across his to keep him warm. Lady stayed in this position for hours until Grise’s wife discovered him and called for help.

Without Lady’s quick thinking, Grise would have likely succumbed to hypothermia. Grise’s wife later told reporters that Lady detested water and that her willingness to stand by Grise despite the wet conditions was a testament to her loyalty. 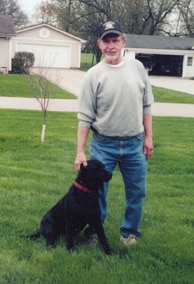 Although these four-legged heroes were not trained for rescue work, their high intelligence and loyalty are what make Labrador Retrievers such a desirable breed. Did you know that Labrador Retrievers are often trained as diabetes alert dogs, and Water Rescue Dogs?

What say you? Do you know of any four-legged heroes?

Ps. You can read about K-9s who are trained to find everything from pest-infested produce to electronic devices here.

If you enjoy reading about dogs, join USA Today Bestseller Judge Willa Carson in her Hunt for Justice for a solid mystery, a few thrills, and quite a bit of suspense and humor along the way.