The Dog Days of Summer

The Dog Days of Summer are here! The phrase “Dog Days” refer to the hottest days of summer. According to the Farmer’s Almanac, the Dog Days are traditionally July 3rd through August 11th. One of my favorite parts of summer is spending time outside with my little schnauzer Miki, so I find this term very fitting! 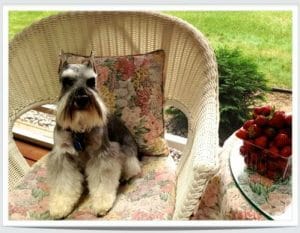 To keep in the theme of the Dog Days of Summer, today I’ll be writing about our four-legged friends. In my Hunt for Justice Series books, the main character Judge Willa Carson has two adorable labradors, Harry and Bess. There’s also a Corgi in the first chapter of Blood Trails.

As you might have guessed – I love dogs! Apart from making wonderful companions, dogs are often the unsung heroes involved in solving many mysteries. Once trained, K-9s possess a remarkable ability to find specific objects or substances that are often undetectable to humans. This skill makes dogs a key feature in solving and preventing crime. Search and rescue dogs can track down narcotics, bombs and missing people. They can even be trained to find unusual items – such as pest-infested produce, or cell phones and other electronic devices. 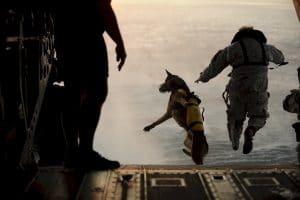 Trained dogs can also be used to solve arson cases. It can be nearly impossible to discover the cause of a fire after it happens. Dogs have highly sensitive noses that allow them to sniff out flammable liquids after fires have been extinguished. This is an impressive feat considering that the aftermath of a fire is often a water-soaked mess.

While dogs are not the only animals to have impressive smelling skills, they tend to be the most well suited for the job. Recent research demonstrates that cats may have an even stronger sense of smell than dogs do. The benefit of dogs over cats and other animals is that dogs tend to more sociable and are generally easier to train. Anyone who owns a cat can attest to that, right? 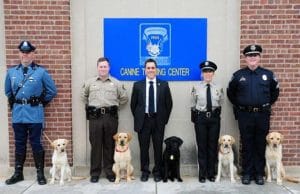 Becoming a search and rescue dog is tough work, and not every dog is cut out for the job. Dogs are specifically scouted out as puppies based on their temperament and sociability. Breed is also an important factor. Training is a time consuming and rigorous process for both the dogs and the trainers. It can cost over $3000 just to train one dog. On average, a working dog’s career lasts about seven years. Retired police dogs are adopted into loving homes where they can enjoy the rest of their lives.

What say you? Would you adopt one of these four-legged heroes?

If you enjoy reading about dogs, join USA Today Bestseller Judge Willa Carson in her Hunt for Justice for a solid mystery, a few thrills, and quite a bit of suspense and humor along the way.

The Case Of The Fronczak Baby
Do You Know Who Is Watching You?