The Case Of The Fronczak Baby

A few weeks ago we discussed the unsettling trend of baby snatching. While 90% of these infants make it home to their parents unharmed, not all stories end happily.

Jess Kimball is familiar with the horrifying and often disappointing journey of searching for a missing child. Her son Peter was kidnapped as an infant when Jess was little more than a child herself. Now she channels her desire to find answers into her work as an investigative journalist for Taboo Magazine. She has to make a living. Working for victims’ rights helps her and others like her. And someday, her work may lead her to Peter.

This week we’ll be looking a real-life baby snatching story that has enough twists and turns to make you think you’re reading a Jess Kimball Thriller! Truth is often stranger than fiction. 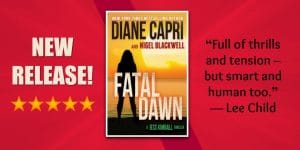 In 1964, a newborn in Chicago made national headlines after he was stolen from his mother’s arms. Even more shocking was that the kidnapping took place in the hospital. The boy’s abductor was disguised as a nurse and told the unsuspecting mother that she was taking the baby for a routine check-up.

Once the infant’s disappearance was discovered, a frantic search ensued among the hospital staff. Despite a massive cross-country investigation and desperate pleas from Dora and Chester Fronczak, the infant’s parents, the baby was not found. 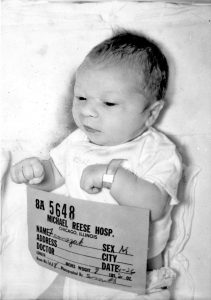 In March 1966 the Fronczak’s received a ray of hope. The FBI contacted them with news of a toddler in New Jersey who fit their son’s profile. The boy had been living with a foster family after being abandoned in a shopping center.

The twist? There were no fingerprints or DNA tests to confirm his identity. Despite the lack of clarity, the couple adopted the little boy. With their son safely home the family could finally resume a normal life.

At ten years old, Paul Joseph Fronczak accidentally stumbled upon the secret of his early years when he found newspaper clippings his parents had hidden away. As Paul grew into adulthood he never forgot the story. After years of debating with himself, Paul eventually took a DNA test against his parent’s wishes. It was then that he discovered that he was not the Fronczak’s biological son!

With the help of DNA detectives, Paul eventually uncovered his history. Paul learned that he was a twin. Both he and his twin sister, Jill, had gone missing as toddlers. Although no one knows what became of Jill, it is believed that she died at a young age, possibly due to abuse or neglect.

Paul’s missing sister and the disappearance of the Fronczak’s biological son has haunted him ever since the shocking discovery. Like Jess Kimball, Paul is determined to continue his hunt for answers despite the many hurdles.

Will Jess Kimball’s tireless work lead to answers in the case of her missing child? Read FATAL DAWN to find out. But lock the doors first. The Jess Kimball Thrillers Series are nail biters!

The Pleasures And Perils Of The Rocky Mountains Pt. 2
The Dog Days of Summer