The Pleasures And Perils Of The Rocky Mountains Pt. 2

In Fatal Dawn of my Jess Kimball Thriller Series, Jess takes a road trip through the Rocky Mountains, on the hunt for her son who was abducted when he was two. Jess has been disappointed by false leads before, but this time she’s determined to find her son’s captor and make him pay. 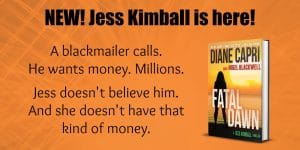 Last week we discussed the pleasures and perils of the Rocky Mountains in Part 1 of this series. Today we’ll be looking into real-life stories of three outlaws rumored to have hidden in the Rockies. Do you know these notorious legends?

Knapp, a California fugitive, also known as the “Mountain Man,” earned his dangerous reputation by burglarizing cabins and threatening local authorities near Zion National Park in Utah. Knapp became legendary among survivalists for his ability to live in the toughest terrain while evading wide-spread man hunts. 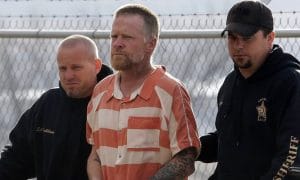 For a while, it was rumored that he was hiding from authorities in the vast backcountry of the Rocky Mountains. In 2013 authorities finally found Knapp after tracking his snowshoe prints for three days. Knapp fought back with gunfire and attempted to flee on foot although this time he did not escape.

The story of Claude Dallas is one still shrouded in mystery. To some he is a hero of the wild outback and to others he’s a dangerous villain. Dallas is a wild mountain man who spent much of his early life learning how to live off the grid. He became infamous after shooting two Fish and Game officers in Idaho who accused him of theft. Authorities searched for Dallas for fifteen months before capturing him in Nevada in 1982. 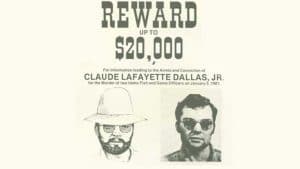 Dallas only served three years of his sentence before he escaped from prison by reportedly cutting holes in the prison fence. However, some believe there was a cover-up and that Dallas actually walked out of jail with a group of visitors. He evaded authorities for almost a year before he was recaptured.

Burgert’s popularity also grew to due to his spunk and out-right brazen disregard for authority. From a young age Burgert frequently ran into trouble with the law. In the early 2000’s an FBI investigation revealed that Burgert was part of a Montana militia group known as Project 7. He was arrested and convicted of federal weapons violations after his stockpile of weapons and ammunition were discovered. It is believed that Project 7 was plotting to assassinate local authorities. 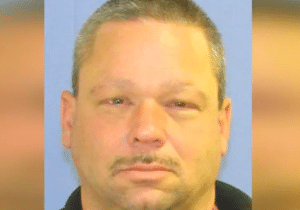 After his release in 2010, Burgert was reported by someone who spotted him squatting at a campsite in Montana. When deputies arrived, Burgert fled. After a car chase and shoot-out with the police Burget mysteriously escaped from his jeep and disappeared into the wilderness. Despite a lengthy manhunt, Burgert is still missing. Authorities warn that Burget is an armed and dangerous man.

Would you dare to explore the Rocky Mountains? If you do – be careful! Who knows who or what you’ll run into. And as Kim Otto knows, you never see the bullet that gets you….

What sort of characters will Jess Kimball encounter on her hunt for her son? Buy your copy of Fatal Dawn now to find out!

The Pleasures And Perils Of The Rocky Mountains Pt. 1
The Case Of The Fronczak Baby