The Pleasures And Perils Of The Rocky Mountains Pt. 1

In Fatal Dawn of my Jess Kimball Thriller Series, Jess takes a road trip through the Rocky Mountains. But this isn’t a regular road trip.

A phone call that changes Jess Kimball’s life forever leads her on a breathless and dangerous chase. She has no time to enjoy the pleasures — or experience the perils — of the Rocky Mountains. 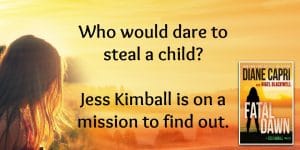 The Rocky Mountain Range, often referred to as the Rockies, is a massive mountain range in western North America. The range encompasses more than a hundred separate mountain ranges, stretching from western Canada through Idaho, Montana, Wyoming, Colorado, and down to New Mexico.

Throughout the Rockies there are many popular tourist sites, such as Mount Elbert and Pikes Peak, which attract visitors from around the world. People come for the breathtaking views or for the thrill of a daring hike. However, the wild and rough beauty is not without peril. 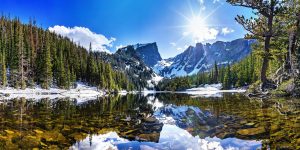 Despite worries regarding wild animals, historically, this is the least likely threat when visiting the Rockies. The more likely killers are lightning strikes and falling from ledges. (Except in my books where the biggest threat is always the villain!)

Since 1915, several hundred people have died while visiting the Rocky Mountain national park alone. Even highly experienced climbers have become victims of the wild terrain. The East Face route and Keyhole Routes have proved to be particularly deadly over the years.

The majority of fatalities that occur in the Rockies are freak accidents. However, some people visit the area for a very specific and deadly purpose. After all, what could be a better place to get away with murder than a sparsely populated mountain range? 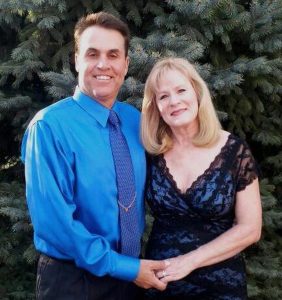 On Sept. 29, 2012, a woman fell off of a ledge while hiking with her husband on their twelve year anniversary. The suspicious nature of her death led authorities to believe that her husband had deliberately pushed her as part of an elaborate plan to cash in on her $4.7 million life insurance policy. In an even more sickening twist, it was later discovered that the man’s first wife had also died under similarly suspicious circumstances.

The expansive Rocky Mountains also provide solace for outlaws or extremists living off the grid. Some of the outlaws have reached a legendary status similar to Jack Reacher. You can read more about these dangerous wild men in Part 2 of this series. 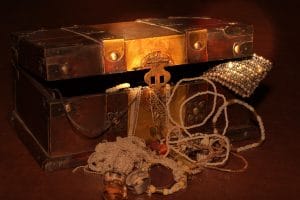 Despite the risks, the beautiful Rocky Mountain Range is worth a visit for at least one reason. In 2010, Forrest Fenn, a millionaire, claimed to have buried a box of treasure in the Rockies worth an estimated 2 million dollars. Although Fenn has not revealed the exact location of the box, he wrote a cryptic 24-line poem to guide treasure hunters. Fenn has faced his share of controversy, however, with many people claiming the treasure is a hoax.

What say you? Would you dare to hike the Rockies in search of treasure?

What pleasures or perils will await Jess in the Rocky Mountains? Buy your copy of Fatal Dawn now to find out!

MYSTERIOUS MURDER WEAPONS
The Pleasures And Perils Of The Rocky Mountains Pt. 2