LIVING OFF THE GRID PART 2

If you’ve read books in my Hunt for Jack Reacher series, you know Reacher is as an expert at living off the grid. But he’s not the only one.

In Part 1 of this blog, I asked: “In an increasingly monitored world where there seems to be no escape from security cameras, drones, and satellites, is it possible to disappear?”

The short answer is: Yes. Even people who appeared to be devoted spouses or parents have unexpectedly vanished, leaving their loved ones to fend for themselves.

“Hundreds of people disappear every year. All you do is to cut all your ties to your old self by telling no one about your plans, fabricate a new name and history, and pay for everything with cash. It’s fairly easy if you just take on the identity of a dead person.”

What could push someone to leave behind everything they know? Sometimes people wish to escape from their financial situations or the law. For others, it seems they’ve become bored with their lives and wish to start over. Like Reacher, such people may have no known address, no driver’s license, and no contact with family and friends. 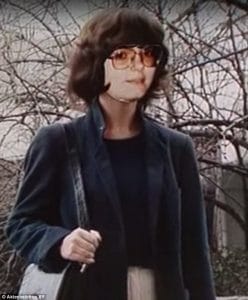 In 1984, a twenty-four-year-old science student from Germany named Petra Pazsitka left her apartment to run some errands and never returned home. Despite a massive investigation and widespread publicity, her whereabouts were never uncovered. It was believed that she had been murdered. Thirty-one years after her she vanished, Petra revealed her identity to the police but did not provide any reason for her actions.

Since Petra’s disappearance, advances in technology have made it more difficult to obscure one’s virtual trail. According to Wired.com “It’s easier to steal an identity today than to shed your own.”

The internet has provided new opportunities for those seeking to purchase forged documents. Anonymous emails, prepaid phones, and IP blockers are all easily accessible tools for anyone planning to go off the radar. Some of these folks manage to cover their tracks and disappear almost without a trace. 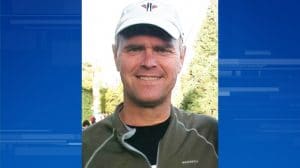 In a more recent case, a Canadian man disappeared in 2015 after he told his wife that he was going for a bike ride. What makes this story particularly interesting is that the missing man, Harold Backer, was a former Olympian and investment dealer who was highly respected in his community. It came as quite a shock when shortly after his disappearance Backer’s clients received an apologetic letter from him explaining that he had mismanaged their money. Eighteen months after his disappearance Backer mysteriously resurfaced without providing any explanation of his whereabouts.

What say you? Do you have what it takes to live off the grid?

Reacher’s extensive training and service in the army provide him with a unique advantage. Is he simply a solitary man? Or is something else in play?

Find out in my latest Hunt for Jack Reacher thriller, Black Jack.

LIVING OFF THE GRID PART 1
Is blood really thicker than water?

2 Responses to LIVING OFF THE GRID PART 2