LIVING OFF THE GRID PART 1

If you’ve read books in my Hunt for Jack Reacher series, you know Reacher is as an expert at living off the grid. But he’s not the only one. Across the globe sixty-two million people are estimated to live off the grid in some capacity.

Although there are varying definitions of what this unique lifestyle entails – in the most practical sense, living off the grid refers to being disconnected from the public power grid. In Reacher’s case, he uses power but he doesn’t have a home of any kind. In most cases “off the grid” folks do have homes that rely on solar panels, wind or geothermal heating. In more extreme circumstances, people living off the grid may sleep in tents and use fire as their only source of heat and light. 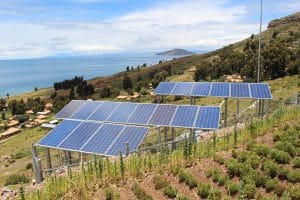 Unless you’re as skilled as Jack Reacher, living off the grid can be an expensive and sometimes complicated endeavor. One of the biggest challenges is figuring out an energy plan that is both affordable and sustainable year-round. Finding a clean water source, stocking up on all of the necessary tools and equipment for daily life, and being prepared for medical emergencies are also essential but potentially daunting tasks.

Various bylaws and restrictions govern how land is used, too. In areas closer to towns or cities, it may be illegal to live off of the grid or to camp on their own property for an extended period.

Living completely off of the grid is a lifestyle that takes serious commitment and hard work. It can be lonely and grueling. Depending on how self-reliant one is, the majority of one’s time may be spent growing and sourcing food and protecting oneself from the elements and wildlife. 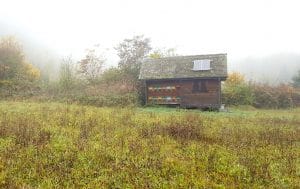 Most people who live off the grid do so out of a desire to have a more eco-friendly and self-sustaining lifestyle. These folks are generally still connected to modern society and may have a cell phone or an internet connection. For the most they pay taxes, have government IDs, and aren’t trying to hide from anyone.

Some are survivalists, stockpiling weapons, and canned food. Others are running from debt collectors or authorities. Like Jack Reacher, such people may have no known address, no driver’s license, and no contact with family and friends.

In an increasingly monitored world, where it seems there is no escape from security cameras, drones, satellites, and devices that listen constantly, is it really possible to disappear into the wild?

The short answer is: Yes. There have been numerous cases where adults have simply disappeared, intentionally. We’ll discuss this further in part two of Living Off The Grid. Stay tuned….

In the meantime – Have you read Jack Reacher’s Rules? It’s a handbook of sorts, full of helpful tips and nuggets of wisdom inspired by the way Lee Child’s Jack Reacher lives off the grid and operates without dying.

WHEN BULLETPROOF BACKFIRES
LIVING OFF THE GRID PART 2

2 Responses to LIVING OFF THE GRID PART 1