The Hunt for Jack Reacher Series #9 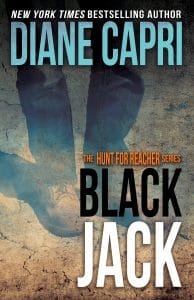 Jack Reacher is no serial killer. Why is he being framed?

A serial killer returns after years of inactivity in this gripping new thriller. The green paint bathtub killer had Reacher Running Blind back in the day. The New York FBI team says Reacher was the serial killer then and is still the serial killer. But FBI Agents Kim Otto and Carlos Gaspar believe a copycat may be on the loose…

Five powerful players are determined to win at all costs. The sixth only wants to stay alive. Not all can win. None plan to fail.

But when Reacher is judge, jury, and executioner, Otto knows that collateral damage is inevitable.