Is blood really thicker than water?

Blood is thicker than water. Or at least that is how the saying goes. But how true is it?

One rule of the mob is never to snitch. Loyalty runs deep in most families, but this is particularly true for mobsters because revealing family secrets could cost lives. Those who betray their gang risk facing death and torture – even siblings or close friends.

The infamous Family Secrets Case in Chicago was evidence that despite the risks, family members sometimes betray one another in the mob. The case began in 1998 when the FBI was tipped off by Frank Calabrese Jr. who volunteered to help convict his father of numerous gang-related crimes. In my latest thriller, Black Jack, there is a similar dynamic with a family called The Petrosians. 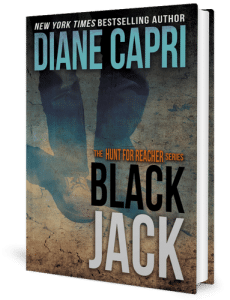 Frank Calabrese Jr.’s letter to the FBI began the seven-year process of unraveling a tangled web of money laundering, betrayal, and murder. Authorities soon realized that they were dealing with a massive family-run organized crime unit referred to as the Chicago Outfit. The criminal operation had connections all over the city and involved corrupt police officers.

Part of what made this case unique was the willingness of family members to turn on each other. Frank Calabrese Jr. was serving a prison sentence alongside his father when he wrote the FBI. Calabrese Jr. helped convict his father by secretly recording Calabrese Sr. while he discussed various illicit activities he and other gang members had committed. Unaware of his son’s intentions, Calabrese Sr. admitted to being involved in the murder of fellow mobster John Fecarotta in 1986 after Fecarotta failed to cover his tracks from a gang-related killing. Calabrese Sr. also revealed secrets which implicated his brother Nicholas Calabrese, who then agreed to cooperate with authorities under the Witness Protection program. 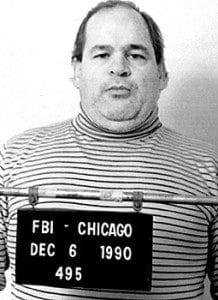 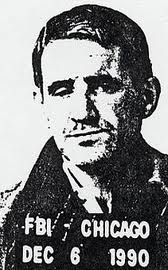 Nicholas Calabrese became a key witness in the case in 2002 and provided police with information regarding many past crimes. In all, eighteen previously unsolved murders were brought to light. One of the cases solved was a double homicide where two mobster brothers were brutally murdered after angering their boss.

Another twist to the story was the involvement of Deputy U.S. Marshal John Ambrose. Ambrose was friends with members of the mob and worked secretly as a messenger for the Outfit while on the force. During the investigation, Ambrose leaked information to members of the mob about Nicholas Calabrese’s involvement in the Witness Protection Program.

All of the family secrets revealed throughout the investigation had to be checked out to prove that the witnesses were telling the truth. Agents spent years sorting through four decades of records and taking statements from cooperating witnesses. In total, fourteen defendants were named although only five were put on trial in 2007. During the trial over a hundred witnesses were called to the stand. On September 10th, 2015, five of Chicago’s highest-ranking mobsters including Calabrese Sr. were found guilty of gang-related crimes.

If you’re intrigued by the real-life elements of familial organized crime, you’ll be interested in reading Black Jack.