Do You Know Who Is Watching You?

Wherever there is new technology, there are new dangers.

If you’re familiar with the Hunt for Jack Reacher Series, you’ll know many the different technologies that are used by the government for surveillance. Just check out my blog post here to see how drones that look, act, and sound like insects can be used to gather top secret information.

There’s a new and even more powerful technology on the scene that could put your personal privacy into question. It might also be enough to put Jack Reacher out of business.

For years companies like Amazon and Google have been developing facial recognition software that can be used to detect identity from a picture or video footage within minutes.

Amazon’s facial recognition software called Rekognition is both highly accurate and cheap. Anyone can access the technology, for a small fee, to track people’s location and activities at any time without their consent. This means that your employer, stalker, or friends could be tracking your every move, anytime, anywhere, without you ever being aware of it. 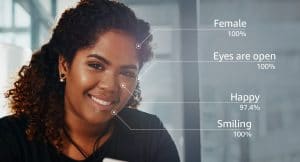 Agents Kim Otto and Carlos Gaspar know that the constant threat of surveillance has many pros and cons. As with any technology, facial recognition software could be extremely dangerous in the wrong hands.

Cons of Facial Recognition Software for Everyone:

– Disguises, plastic surgery, and other cosmetic changes could interfere with the software’s accuracy

Even the creators of this recognition software are aware of the serious risks. Due to ethical concerns, Google has chosen not to continue working with the U.S. Department of Defense in providing recognition software to analyze drone footage. Amazon is also facing heat from their employees who argue that Amazon shouldn’t be marketing their Rekognition software to government agencies for fear of the software being used unjustly.

What say you? Does facial recognition make for a safer society or a more dangerous one? 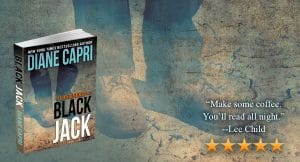 This kind of “invisible danger” fascinates me, and you’ll find references along these lines in my mystery and thriller books. In my Hunt for Jack Reacher series, Jack Reacher himself is the invisible danger. FBI Special Agents Kim Otto and Carlos Gaspar struggle to track him down. Along the way, they’re very aware of the complex and developing surveillance systems that exist in the real world. Enemies are able to use various devices to watch and listen to even the most cautious.

To keep up with my books that follow the Hunt for Jack Reacher and the technological dangers that accompany the search, CLICK HERE.