If you’ve read books in my Hunt for Jack Reacher series, you know Reacher is an expert at living off the grid. But he’s not the only one.

The most crucial aspect of being a Prepper is radical self-reliance. Ultimately, Preppers seek to have the necessary equipment and knowledge to protect themselves and their loved ones in unexpected circumstances. During the COVID 19 quarantines, many of us have been thrust into similar situations, haven’t we? 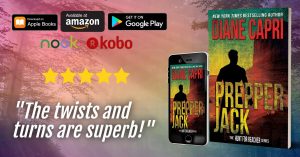 Extreme Preppers are often experienced woodsmen, like Jack Reacher, who have learned to live off the grid without the comfort of luxury or wealth. A growing number of preppers are coming up with creative ways to build their own survival bunkers where they can store their supplies and have a place of escape in the event of an emergency.

These bunkers are often built deep underground for secrecy as well as protection from nuclear attacks among other threats. Such a project is no small undertaking, however, as it involves extensive planning and building skills. Once a location has been selected and building permits granted the real challenge begins. A bunker should be able to withstand extreme weather conditions while also providing filtered fresh air and clean water. 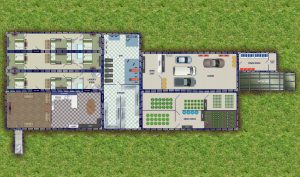 For many preppers, building such a bunker is not realistic because of the time and necessary skills required. For those who can afford it, such a bunker can be purchased from companies such as the Rising S Company. They provide both storm shelters and bunkers made out of steel. Their bunkers range from an economy price at $39,500 for an 8×12 foot bunker to a luxurious Bomb Shelter Complex priced at $8,350,000. The Rising S Company completes the entire project, including delivering the supplies and building the units. Bunkers are typically set 11 feet underground and powered using solar energy.

Similarly, the Atlas Survival Shelters company also offers a variety of protective bunkers, some of which are constructed using corrugated pipe. The WineNado features a hidden staircase entrance that leads to a bunker that can be used as a wine cellar. The WineNado entrance is often hidden beneath the kitchen island. Floor plans for this design range from 8×8 to 8×20 and can cost between $24,999 and $41,999. Starting at $18,999, the BombNado can be installed in pre-existing homes. The shelter is typically entered from a secret access in a closet or false wall. The company’s most affordable option is the NadoPod which is an above-ground shelter that can fit four people, beginning at $3,500. The shelter is made of heavy steel with built-in air vents. These pods are designed to be bolted down to a garage floor. 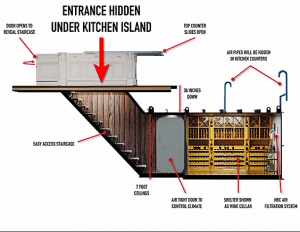 What say you? Do you think Jack Reacher would stay in these makeshift accommodations if given a chance, or would he prefer to stay anonymous, wandering the country?

Have you read Jack Reacher’s Rules? It’s a handbook of sorts, full of helpful tips and nuggets of wisdom inspired by the way Lee Child’s Jack Reacher lives off the grid and operates without dying.