The World of Elite Preppers

If you’ve read books in my Hunt for Jack Reacher series, you know Reacher is an expert at living off the grid. But he’s not the only one.

For the last few weeks, I’ve been writing about Preppers to give you a taste of the lifestyle. 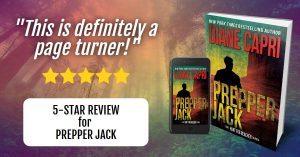 The most crucial aspect of being a Prepper is radical self-reliance. Ultimately, Preppers seek to have the necessary equipment and knowledge to protect themselves and their loved ones in the case of unexpected circumstances.

Many extreme Preppers are experienced men, like Jack Reacher, who have learned to live off the grid without the comfort of luxury or wealth. Recently the Prepping lifestyle has extended to more affluent quarters. There are a growing number of options for Preppers who don’t want to want to forsake luxury in the event of an emergency. Instead of depending on firewood and camping gear, these Preppers often have motorbikes or even helicopters gassed up and ready to go at a moment’s notice.

Some Preppers have taken to purchasing homes in New Zealand as a safety precaution, while others have sought out rural locations to build elaborate multi-million underground bunkers equipped with gyms and private cinemas. 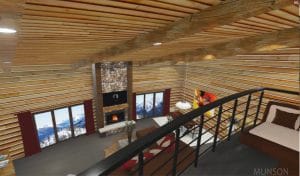 Just north of Wichita, Kansas, a former missile silo has been reconstructed into a series of luxury apartments that are completely off the grid. The Survival Condo Project is the ultimate key example of Prepper luxury. The project offers half-floor, full-floor, and Penthouse units. These condos are designed to create the illusion of living at a cottage rather than an underground bunker.

One of the many special features offered is the simulated view windows that adjust lighting levels throughout the day. Residents have access to a pool, library, and dog park, among other amenities. With walls ranging from 2 to 9 feet in width, the silo is built to withstand a nuclear strike.

These survival condos begin at $1.5 million that must be paid for in cash upfront. Those seeking to purchase a Penthouse must fork out $4.5 million. The high cost covers the condo, three years worth of food and survival training. The complex is built to grow vegetables and raise fish underground as sustainable food sources. 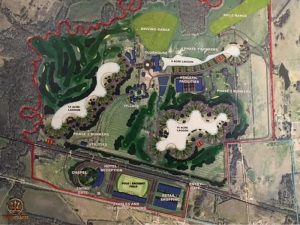 One particularly promising project appeared to be Trident Lakes, just outside of Dallas, Texas. The project was advertised as a $330 million luxury community with underground bunkers, a golf course and a DNA vault. Unfortunately, it was too good to be true. The business venture filed for bankruptcy in 2018 after the owner was accused of being involved in a drug cartel.

What say you? Do you think Jack Reacher would hide out in these luxurious accommodations if given a chance, or would he prefer to stay anonymous in the great outdoors?

Have you read Jack Reacher’s Rules? It’s a handbook of sorts, full of helpful tips and nuggets of wisdom inspired by the way Lee Child’s Jack Reacher lives off the grid and operates without dying.

Have you heard of Prepper University?
Prepper Bunkers and Shelters