If you’ve read books in my Hunt for Jack Reacher series, you know Reacher is an expert at living anonymously. But he’s not the only one. Sixty-two million people across the globe are estimated to live off the grid in some way.

Although there are varying definitions of what this unique lifestyle entails – in the most practical sense, living off the grid refers to being disconnected from the public power grid one way or another. In Reacher’s case, he uses power but doesn’t have a home of any kind. While some people live off the grid to have a quieter way of life, others do so to protect themselves from the potential collapse of society. 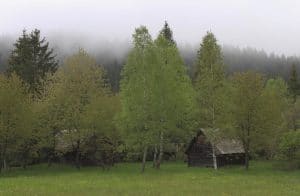 Do you know what a Prepper is?

Put simply, a prepper is someone who prepares for emergencies. The level of preparedness and types of emergencies that ‘Preppers’ prepare for can range from natural disasters to fears of Post-apocalyptic situations. Preppers define themselves as people who take the initiative and have a strong sense of self-responsibility. Ultimately, they seek to have the necessary equipment and knowledge to protect themselves and their loved ones in the case of unexpected disasters.

On a basic level, most preppers make sure to have necessities such as food, water and first-aid equipment on hand. These individuals tend to be concerned with temporary shortages of food or water that result from floods, hurricanes or earthquakes.

Many Preppers are hobbyists, while for some, it becomes a lifestyle. More experienced preppers often stockpile years worth of food and acquire generators and water filtration systems. They might establish escape plans and have hideout bunkers where they can go to if there is political unrest or an outbreak of a disease. Extreme Preppers are as self-reliant as possible, sometimes even living off of the grid. By not depending on services such as the power grid or grocery stores, they believe they are able to protect themselves from any type of significant disruption to society. 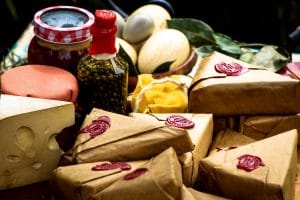 Preppers are sometimes stereotyped as being secretive or antisocial. While this may be true for some, there are many ‘Prepper’ social groups and online forums that people join for the community aspect.

Retailers like Costco and Kmart are monetizing the ‘Prepper’ trend by offering a large variety of tools and products geared toward emergencies. Some of the most popular products are ‘bug-out’ bags filled with necessities that can be grabbed in a hurry, along with water filtration systems and food tablets. When it comes to ways of being prepared, the list is seemingly endless.

What say you? Do you believe Preppers are responsible or are they overreacting?

Depending on where you live, the risks you are most likely to face may differ. Here’s an interesting article to see what natural disasters you are most at risk of encountering. 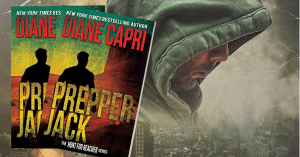 Reacher’s extensive training and service in the army provide him with unique advantages many preppers don’t have. His background makes him the perfect partner for FBI Special Agent Kim Otto as she’s caught in the middle of a dangerous war between the peppers and the Mexican cartel who would kill them all. Can Otto afford to wait? Or will she die trying?

What to do in Tampa Bay
What kind of Prepper are you?

One Response to Are you a Prepper? Pt. 1