What to do in Tampa Bay

This time of year when the temperatures drop below freezing in most of the northern hemisphere, I’m especially appreciative of my state’s warmth. But there are lots of reasons why I love Florida. Which is why my Hunt for Justice books are set in Tampa, Florida, where the fictional star of this series, Judge Willa Carson, lives. 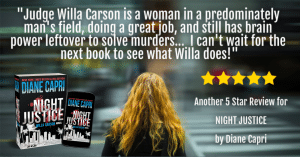 One of my favorite things about the Tampa Bay Area (besides the natural beauty, of course…) is discovering the little nuggets of its unique history. That’s what a writer loves to do — we soak up everything. And in the process we’re able to see how the big picture developed and show it to you through our stories.

Very often, the things I learn about Tampa inform the fiction in my books. Such as the island where Judge Willa Carson lives my fantasy life, Plant Key, and her home, George’s Place. You can read about it here.

Here are a few of Tampa’s highlights both old and new:

Spanning across nearly 3 miles, this historic walkway began in the mid-1970s. Although it took several decades to complete, the boardwalk now provides a beautiful way to explore the city’s Riverfront. This isn’t your typical walkway though – it provides access to museums, restaurants and parks. Among the most popular attractions is the Florida Aquarium where visitors can see our marine life. 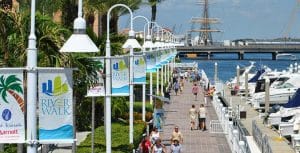 Those seeking a more offbeat way to explore the waterfront can rent water bikes from the Tampa Bay Water Bike Company. Not sure what this is? Water bikes are essentially stationary bikes attached to kayaks. Fortunately, these watercraft are difficult to tip over and can be rented for as little as $30. Water bikers can work off the calories they consumed at lunch while viewing the city’s landmarks, from historic mansions along Tampa’s upscale Bayshore Blvd and Davis Islands to spotting dolphins in Hillsborough Bay.

The museum is a highlight for many visitors and locals alike because it features one of the most delectable bits of Tampa Bay’s history – the Cuban Sandwich. Crafted from ham and cheese on Cuban bread, this delicious sandwich has been a staple of the area’s Cuban community for decades.

This beautiful neighborhood is a designated historic landmark and an iconic part of Tampa’s early industrial success. Established by a largely Latin American immigrant community in the 1880s, the area gained notoriety for mass-producing quality Cuban-cigars. A unique feature is José Martí Park. The land is owned by the Cuban Government and commemorates Jose Julian Marti Perez, for his role in Cuba’s liberation. The garden was planted using soil imported from Cuba, which allows visitors to say that they have set foot in Cuba without leaving the USA. 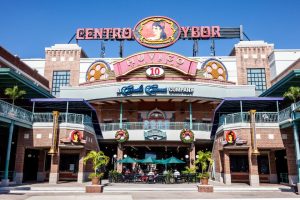 Of course, as a mystery thriller author I’m always looking at the darker side of things. Which is a challenge here because Tampa has a relatively low crime rate compared to most large cities. It’s estimated to be 25% safer than the national average.

The Amazing Case of Jayme Closs
Are you a Prepper? Pt. 1