The Amazing Case of Jayme Closs

That’s the outcome Jess Kimball, an investigative journalist for Taboo Magazine, is counting on because her son was kidnapped as an infant. She’s been searching for her son, Peter, for years now. She lives every day with the belief that hope is the best approach. 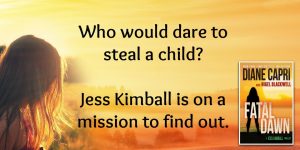 Have you heard of Jayme Closs? Her story is tragic, but her tenacity has not only saved her life but also inspired her community to band together.

One day in October of 2018, then 13-year-old Jayme Closs from Barron Wisconson, was going through her usual routine, boarding her bus to school.

Stopped behind the school bus was 21-year-old Jake Patterson, on his way to his job at a cheese factory. Patterson had been having fantasies of taking a young girl hostage. When he caught sight of Jayme boarding the bus he immediately decided that he had found his victim. 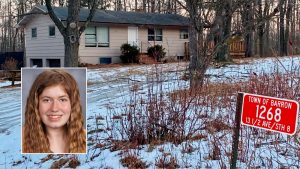 Late on Oct. 15, 2018, Patterson drove up to the Closs home while the family was in bed. Jayme awoke to the sound of her dog barking and a car coming down the driveway.  Patterson killed her parents and then abducted Jayme, driving her to his home in rural Douglas County.

Patterson kept Jayme hidden for three months, forcing her to hide beneath his bed that he had surrounded with boxes filled with weights. Despite the circumstances, Jayme kept her wits about her and waited for a chance to escape. Her opportunity came on January 10th, after Patterson left to apply for a new job. Jayme left the house and encountered a woman walking her dog who quickly came to her aid.

A year later, Jayme is living with her aunt and uncle. Her family attorney Chris Gramstrup, stated that Jayme had returned to school. He read a statement from Jayme expressing how grateful she was to everyone who had shown her kindness and concern. She is determined to move forward with her life in spite of the immense loss. 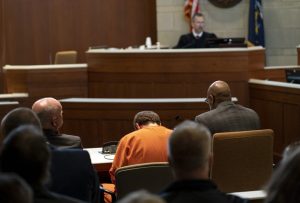 Patterson pled guilty to kidnapping and two counts of intentional homicide. He is serving his sentence in New Mexico. Barron County Sheriff credits much of the success of the case to Jayme’s courage and the community that rallied together to keep hope alive, resulting in Wisconsin’s longest-running active Amber Alert. Among those who supported the search was Hormel Foods, the company that employed Jayme’s parents. Hormel Foods offered a $25,000 reward for Jayme, which was awarded to her upon her daring escape.

2 Responses to The Amazing Case of Jayme Closs