What kind of Prepper are you?

Although Preppers share a common goal of being self-sufficient and prepared for the potential collapse of society, not every Prepper is the same.

There are varying definitions of what this unique lifestyle entails. Some Preppers choose to live off of the public power grid while others prep within their homes in the suburbs and urban areas. In Reacher’s case, he doesn’t have a home of any kind.

Not only do Preppers prepare for different crises, but they also have distinct values and methods of operation. Although Preppers are often divided into two main categories, Homesteaders and Survivalists, there are numerous other niches within the prepper community. 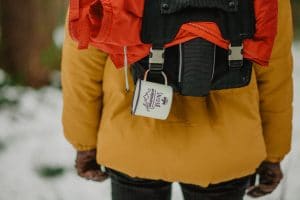 Many Preppers are hobbyists, ensuring that they have necessities such as food, water and first-aid equipment on hand. These individuals tend to be concerned with temporary food or water shortages that result from floods, hurricanes or earthquakes. Typically, they have enough resources to cope with the disruption of services due to local disasters. Despite their strong organizational skills and foresight, these Preppers may lack many of the skills needed to live off the grid and may have no desire to learn. They just want to be prepared for a temporary emergency. Because I live in Florida where we are often in the path of hurricanes, I’d put myself and my family in this camp.

Homesteaders often live at least partially off the grid and are often self-sufficient in growing their own food. They are skilled at making their own soaps, clothing and other necessities. Although many homesteaders are well-versed in survival skills and are likely to have access to food and water, they may be less prepared for situations where they have to be uprooted from their homes. 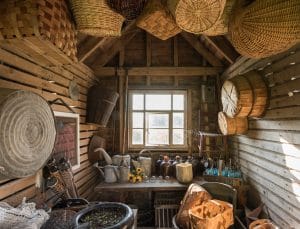 The survivalist Prepper has strong bushcraft skills and is well-equipped to live almost completely off the grid. These types tend to be more solitary and spend much of their time improving their survival skills. They are often adept at knowing how to fend for themselves in the wilderness and at being ready to leave their home or shelter at a moment’s notice. Because they are prepared to be on the move, they put their energy into learning new skills rather than stockpiling food and supplies.

These Preppers are fitness enthusiasts, who believe that the key to surviving the collapse of society is being physically prepared. They are mainly concerned about protecting themselves and their loved ones from physical harm and spend less time on stockpiling supplies and learning other survival skills.

Rather than collecting water and food, these Preppers are primarily focused on collecting gold, silver and other precious metals. In the event of an economic collapse, they believe that this is the best form of protection.

What type of Prepper are you? Here’s a quiz to help you find out: https://homesteadlaunch.com/preppers-types/ 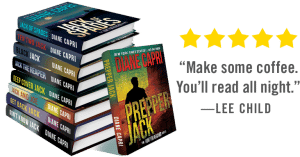 Reacher’s extensive training and military service provided him with a unique advantage. An advantage that comes into play in my latest Hunt for Jack Reacher thriller, Prepper Jack.

Are you a Prepper? Pt. 1
How To Prep For Your Pets