One of my favorite scenes in the Jess Kimball series is the Christmas when Jess finally gets her wish. Now you know my secret. I really do love a happy ending. Especially during the holiday season. And especially for Jess Kimball. She’s been through so much for such a long time… 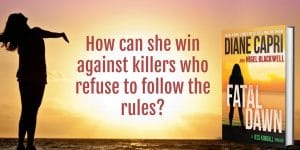 Have you heard of Steve Carter? His case can teach Jess a thing or two about hope.

Steve Carter grew up knowing that he was adopted from an orphanage in Hawaii. Although he had a happy childhood in southern New Jersey, the first three years of his life were shrouded in mystery.

According to records, Steve, had been placed in state custody by his biological mother, who claimed that her son’s father was an Hawaii native. Steve’s fair complexion and bright blue eyes left him doubting his heritage from an early age. However, it was not until Steve’s wife purchased a DNA kit for Christmas that the story of his origins began to unravel. The test revealed that he was actually of Scandinavian descent. 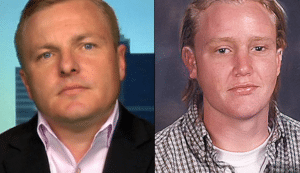 Steve (left) next to the composite drawing (right) – Image courtesy of Eternallifestyle.com

In 2011, Steve learned of Carlina White who had solved her own case by searching on missingkids.com. Inspired, Steve conducted his own search where he stumbled upon a composite drawing of a missing infant who bore a stunning resemblance to himself. Steve was shocked to learn that the DNA test was a match. He was, in fact, Marx Panama Moriarty Barnes.

So how did Steve Carter end up missing? Truth is stranger than fiction.

Steve was born to Charlotte Moriarty and Mark Barnes in Oahu, Hawaii. On June 21, 1977, Charlotte, who had a history of disappearing for days, took her 6-month-old son to the grocery store and never returned. Days later, a woman resembling Charlotte was arrested for squatting in a home with an infant. The woman, who is now believed to have been Charlotte, told authorities that her name was Jane Amea. She claimed that her son’s name was Tenzin and that his father was an Hawaiian native. Charlotte was admitted into a psychiatric hospital for a few days before she disappeared, leaving her son in state care. 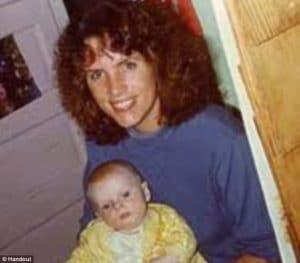 There was another surprise in store. Steve had an older half-sister Jennifer, who had been eight when he had disappeared. Jennifer had never forgotten about her long lost brother, insisting that authorities reopen the case in 2001. Due to her efforts, a composite sketch eventually enabled Steve to solve the mystery of his past.

Fatal Dawn is the story that will change Jess Kimball’s life forever. I hope you’ll want to read all of Jess Kimball’s adventures! I really love the Jess Kimball stories because they’re exciting and she’s so driven to find her son. She keeps me on the edge of my seat! You, too?