Too often, the stories we hear about missing people end in tragedy. But sometimes missing persons turn up alive.

That’s the outcome Jess Kimball is counting on because her son was kidnapped as an infant.

As the author behind the Jess Kimball Thriller Series, I keep myself informed and motivated by the cases of people who were found alive. 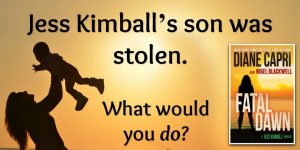 This was the case for the Hutton family, who spent more than 40 years searching for their beloved son and brother, Robert Hutton. Robert’s family reported him missing in 1972, after they lost contact with him while he was travelling from New York to California. Although Robert led a nomadic lifestyle, his family became concerned when they did not hear from him. Despite efforts to track Robert down, authorities were not able to find him and eventually closed the missing-person case, believing him to be dead.

At the time of Robert’s disappearance, the infamous serial killer John Wayne Gacy had been on the loose in the Chicago area where Robert was suspected to have passed through. Between 1980 and 1994, Gacy murdered over 30 younger men, many of whom he hired to do construction work. As a young male who often worked at construction companies similar to Gacy’s, Robert seemed a likely victim of the infamous killer. 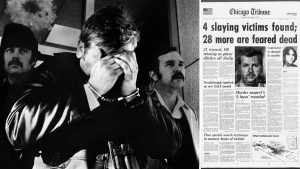 As the years went on without a word from Robert, the Hutton family became more certain that their beloved son and brother had fallen prey to the serial killer. Despite her fears, Robert’s older sister Edyth continued to search for her brother. In the 90s she went as far as to send out over  400 postcards to every person in the US with a name that resembled Robert Hutton.

In 2011, Cook County Sheriff Tom Dart made a public announcement that he was searching for leads to identify eight of Gacy’s victims. When Edyth heard the news, she contacted the sheriff’s office explaining the mysterious nature of her brother’s disappearance. When DNA testing revealed that Robert was not among Gacy’s victims, the Sheriff decided that he would pursue the search for Robert to help the Hutton family find peace. 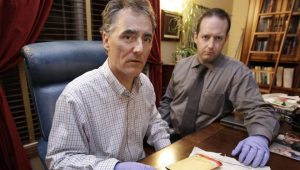 Authorities found Robert alive and well in rural Montana, delighted that his family was still searching for him. He claimed that he had been living a vagabond life without a fixed address and had lost his family’s contact information. By the 1980s Robert had settled down in Colorado, opening his carpentry business. He made a few efforts to contact his family but failed to track them down.

Robert was as delighted to be reunited with his father and sister they were to have found him. Sadly his mother had passed away without ever knowing that her son was alive.

Reopening the Gacy case brought hope to more than just the Hutton family. Since the case was reponed in 2011, four more missing men were reunited with their families, and several more missing person cases were resolved.