The Most Unique Corner of Disney (It’s At Epcot)

By Diane on July 13, 2017 in Beyond The Covers, Heir Hunter, Michael Flint

Did you know there’s a spot at Epcot where you can learn the history of your surname or family name?

So, if you’ve ever been to Disney World, you know it has a lot to offer. Did you know there are people who go to Disney 3-4 times a week?? Not per month. Per WEEK. And I’m not talking about employees — I’m talking about people who have passes and whose lifestyle affords this.

I think the best answer is that Disney World has so much more to offer than you might expect.

As a Florida resident, I usually go to Disney around Christmastime to see the fabulous festive holiday shows. I can attest to the fact that there’s something at Disney for everyone. Even genealogists. This is a subject which has become very relevant to me in my Heir Hunter thriller series, featuring Michael Flint, who is, among other things, a forensic genealogist.

I often think Epcot is the park that tends to be underrated and overlooked. It focuses on science and global cultures, made up of different “lands,” or pavilions, that reflect in great detail cultures of countries around the world. That’s why Epcot has a United Kingdom Pavilion, and in that pavilion is a shop called Crown and Crest. 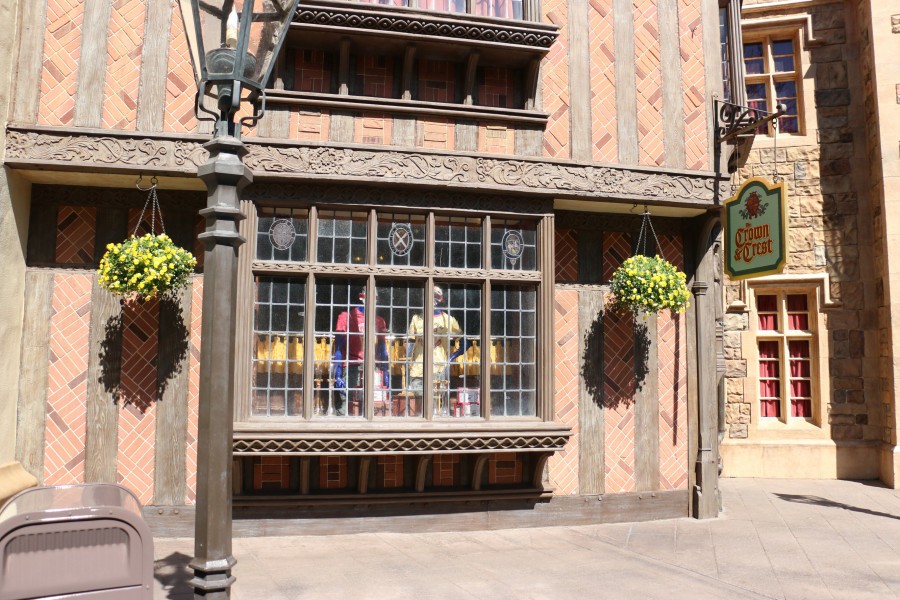 Crown and Crest offers UK-themed items, like Beatles memorabilia, football clothing, and chess sets. It also offers a database of last names, with an opportunity to input your name, learn about it, and pull up your own personal family crest and have it framed, badged, pressed, or printed onto various items. They have millions of names in their database. Pretty impressive, right?

I did some research and discovered that the brains behind this database is a store in Florida not too far away from Disney World called Historic Research. They have a website, http://www.historicresearch.com/, and you can actually visit it and find your own family’s Coat of Arms, and order products with your family crest.

I looked up the family name Capri, and found this: 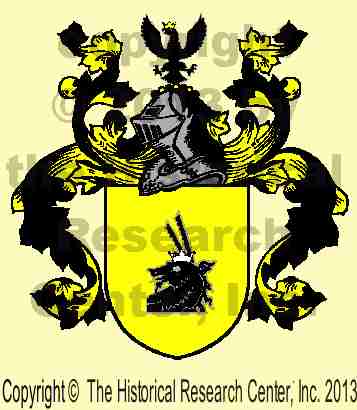 The name Capri identified the original bearer as someone who hailed from the island of Capri, located in the Bay of Naples.

Argent – (Ar’-jent) White or silver. It represents purity, innocence, beauty and gentleness. Crown – A symbol of monarchy and power. It represents accomplishment. Ibex – A large goat-like animal with large horns found in Palestine. Hunted to near extinction, Emperor Maximilian protected them. They are a symbol of nobility as only royals could hunt them. Or – The color gold. It denotes the qualities of generosity and elevation of mind. Sable – Black. This color denotes constancy or grief. This may also refer to the animal Sable prized for its fur. (Source: http://www.historicresearch.com/catalog.html)

The star of my Heir Hunter Thriller Series is Michael Flint. He’s an heir hunter extraordinaire. A forensic genealogist and former clandestine agent specializing in high-end private investigations, he promises clients he can find anyone, anytime, anywhere—dead or alive.

At Crown and Crest, visitors get a glimmer of the depth of the research involved in Flint’s field — minus the danger and action, of course.