That’s the outcome Jess Kimball is counting on ever since her son was kidnapped as an infant.

Do you know about Steven Stayner? His case is one that helps keep Jess Kimball encouraged. 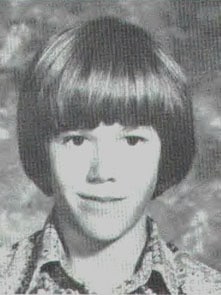 Stayner was abducted in 1972 when he was 7 years old. He was walking home from school when a man approached and asked him if his mother would be willing to donate any items to a church. Stayner said yes, and accepted a ride “to his house” to retrieve the items. Instead, according to prosecutors, the driver, Kenneth Parnell, took Stayner 200 miles away to a cabin in Mendocino County, California.

Parnell then told Steven that has parents had given him legal custody because, as one of five children, they couldn’t afford to keep him. Steven said he was molested and sexually abused at Parnell’s cabin over the course of seven years. During a portion of that time, Parnell had a woman living with him who allegedly participated in the abuse against Steven.

Technically, Parnell’s attorneys would argue, Steven had the freedom to leave. Parnell would go off to work during the day, giving Steven plenty of opportunities to run away. But Steven lacked the skills and psychological independence. He said he didn’t know how he would summon help if he did run away.

That changed in 1980 when authorities say Parnell abducted another boy. A five-year-old this time, named Timothy White. That’s when a then-14-year-old Steven found his confidence.

“I couldn’t see Timmy suffer. I just didn’t think it was right for him to have to go through the same thing that I did. He really didn’t have to. There was someone there who could stop it.”
–Steven Stayner, via Los Angeles Times

Seeing how much distress Timothy was in compelled Steven to take action. Less than a month later, Steven decided to run away with the boy to return him to safety. After Parnell left for his night shift, Steven and Timothy left the cabin and hitchhiked into Ukiah, California, making their way to a police station. Police immediately identified the 5-year-old. It took a little longer to identify Steven. He didn’t remember his last name, but told them, “I know my first name is Steven.”

The quote and the story led to a 1989 miniseries: 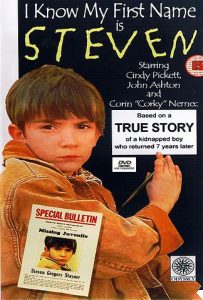 Back at home, Steven had trouble adjusting to life, for a number of reasons, understandably. Sadly, he died in a motorcycle accident at age 24. Timothy White, then age 14, was a pallbearer at his funeral.

There’s some debate about whether justice was served in this case. Kenneth Parnell, who had a previous sodomy conviction from 1951, was arrested and was charged only with kidnapping. Perhaps because of the stigma against male sexual abuse, Parnell wasn’t charged with those crimes. Prosecutors may have believed they were protecting Steven Stayner by not bringing those charges.

Parnell was sentenced to seven years in prison, but served only five.

I don’t think Jess Kimball would believe justice was served here. What do you think?

Steven Stayner was a brave man who went on to work with child abduction groups and to speak about kidnappings and stranger danger. His own kidnapping and its aftermath prompted California lawmakers to change state laws to allow consecutive prison terms in similar abduction cases.

Jess Kimball pursues legal justice as a part of her victims’ rights advocacy missions.
Will she be able to pursue these noble and often dangerous assignments, all while continuing the search for her kidnapped son, Peter?
Check out the Jess Kimball thrillers, including my newest release, Fatal Game, to find out.

My Friend Has No Fingerprints?!?
The Most Unique Corner of Disney (It’s At Epcot)

One Response to Missing Boy Found Alive After 7 Years