My Friend Has No Fingerprints?!?

“Sorry, ma’am. You have no fingerprints.”

So my friend went to apply for TSA (Transportation Security Administration) pre-check status, and she told me about something strange that happened. The agent working there informed her that she doesn’t have fingerprints on one hand.

He said she probably washes her hands too much.

That was her reaction, and it’s my reaction, too. My friend immediately called me, knowing, correctly, that as a mystery author I would be fascinated by such a conundrum. So of course I put on my writers’ investigative cap to find out if this could be true. 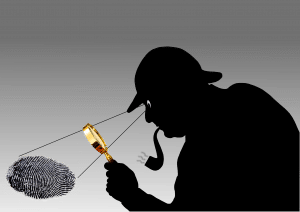 Here’s what I learned: Indeed, there are people without fingerprints.
This can be intentional or unintentional.

Intentional methods of removing fingerprints include:

But that’s not what we’re talking about here. My friend had no idea she “had no fingerprints” on one hand.

So, with more research I found that yes — people without nefarious motivations can be fingerprintless, too.

Chemotherapy has been known to lead to fingerprints disappearing because it can involve peeling of skin on hands and feet.

“Other diseases, rashes and the like can cause vesicular breakdown of the skin on your fingers—just a good case of poison ivy would do it.”
-Forensics expert Edward Richards, director of the Program in Law, Science and Public Health at Louisiana State University

Some careers tend to routinely lead to lack of fingerprints:

In all cases, the prints grow back with time.

As people age, their fingerprints become more difficult to capture because their skin becomes less elastic.

I sure don’t want to tell my friend that’s what’s happening to her!

So what about what the agent said, that it is probably because she washes her hands too much? 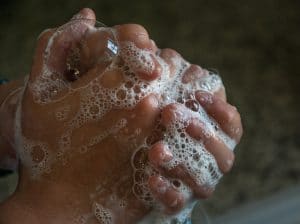 I did, in fact, find that possibility backed up by Scientific American. The amount of hand-washing needed in order to wear down fingers’ ridges would need to be “unusually frequent” — like a doctor — but hey, it’s possible.

We always knew fingerprints were far from foolproof. Still, they’re often a great starting point in an investigation. They frequently play a role in my thriller books, too.

For example, in Get Back Jack of the Hunt for Jack Reacher Series, FBI Special Agent Kim Otto notices, “Fingerprint residue blackened the [speakerphone] buttons.” Otto is trying to figure out what crime techs discovered about a murder.

And in Fatal Distraction, fingerprints on paper may help to determine whether a suicide note was written.

Now, in each of these cases, at least we can rule out the fingerprints as belonging to my friend! 😉

Meet me in NYC for #ThrillerFest!
Missing Boy Found Alive After 7 Years

5 Responses to My Friend Has No Fingerprints?!?