Jack Reacher lives so far off the grid he’s practically a ghost; I’ve created an entire series of books about hunting a man who doesn’t want to be found. Surprisingly, extreme privacy remains possible in the modern world, if one has the strength to insure it. But very few people want such isolation. Many more desire fame.

What about you? Would you like to be famous?

Today, Diane Capri Reveals Kassandra Lamb, an author whose latest book challenges that common desire and displays fame’s underbelly. Her latest Kate Huntington Mystery opens with this foreboding quote from Sir Francis Bacon: “Fame is like a river, that beareth up things light and swollen, and drowns things weighty and solid.” That might be enough to send you to your holiday wish list for a complete revision, hmmm?

Kassandra Lamb reveals she’s always had a penchant for making up stories and a fascination with language. She graduated from high school fully intending to be a full-time author and translator. In college she discovered two things. One, it’s darn hard to make a living as a full-time author; and two, she also had a passion for psychology.

Now retired from a successful career as a psychotherapist and college professor, Kassandra says she spends most of her time at her computer dreaming up mysteries for Kate and her cohorts to solve. Welcome! 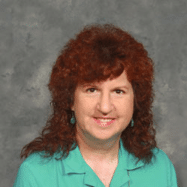 Kassandra Lamb: Thank you , Diane, for having me here today. I’m flattered to be in such esteemed company as Lee Child, Steve Berry, and you, of course!

Diane Capri: Kassandra, you told me about high school reunions where you reconnected with your writing friends from back then.

Kassandra Lamb: Yes, I’ve gone to three high school reunions. A lot of those writer friends went into academia and my closest high school friend runs a bookstore, which for him is like being in heaven! But what struck me most about the last reunion I attended was how a couple of my classmates’ lives had panned out, in ways that we never would have predicted back in high school.

Kassandra Lamb: One was the smart, handsome, and rather reserved young man who had been elected “Most Likely To Succeed” our senior year. At almost fifty, he’d had several failed careers, ranging from being a radio DJ, which seemed totally out of character for him, to a dot-com company he was starting up at the time. You can guess how that turned out.

Diane Capri: Sadly, yes. And the other one?

Kassandra Lamb: A casual friend who’d been a bit chunky but athletic in high school. Back then she was a slightly above average student and not very confident, a blend-into-the-woodwork type person. At the reunion, she was still a bit heavyset but she carried herself with such confidence that ‘statuesque’ was the first word that came to mind when I saw her. I was amazed to discover she was a medical doctor.

Diane Capri: I’m guessing you took some sort of lesson from all of that?

Kassandra Lamb: Absolutely! The experience reminded me that the future is not dictated by the past, for better or worse. Just because writing had been on my back burner for so long didn’t mean I couldn’t bring it to the front of the stove and get it cooking again. Which is exactly what I did. 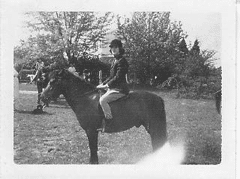 Kassandra Lamb: *laughs* Oh, dear, that was one of the worst days of my life–the day I discovered that I am definitely not the competitive type. That’s my first pony. He was very appropriately named Fiddlesticks. When I was fourteen, we went to our first and last horse show. We were entered in three classes and by the time the first two had come and gone, I was no longer concerned about those dang ribbons. I just didn’t want to make a fool of myself.

Diane Capri: I guess Fiddlesticks had other ideas.

Kassandra Lamb: He sure did! The last class was a jumping class. We got to the second jump and Fiddle stopped dead. I went over that fence head first with not even my dignity for company.

Kassandra Lamb: *laughs* I learned that day that I don’t care about being number one. But I do care about being the best I can be. I apply that to my writing today. I don’t have to have the most sales or win awards. I just have to give my readers the best reading experience I possibly can.

Diane Capri: And try to stay on the horse!

Kassandra Lamb:  It’s soooooooo much easier that way! *laughs*  These days I stick to dogs for animal companionship. 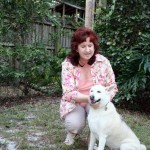 Diane Capri:  Sounds like the teacher has learned a lot of lessons since she joined the writing world! What is one of the most surprising things you’ve learned while writing your books?

Diane Capri: So far, all of your books are set in your native state of Maryland. Any plans to change that?

Kassandra Lamb: I’m seriously considering writing a related series of novellas called Kate on Vacation. Lighter cozy mysteries set in different locations. The first one is set in St. Augustine, Florida, the home of Kate’s retired parents. Another may feature a cruise, and maybe one set in Hawaii, when Kate goes to her niece’s wedding. The plan is to let the characters have some fun for a change — and create a lovely excuse for me to travel to research authentic local color.

Diane Capri: We’re running short on time, Kassandra, so let’s get back to fame, the subject of your latest book, Celebrity Status. You launched a few days ago, right? 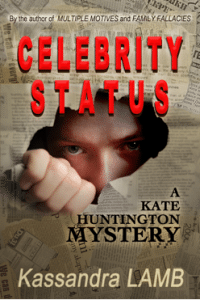 Kassandra Lamb:  I’m really excited about this book! The idea for it started with the question what if ordinary, emotionally stable people became the focus of the tabloid press. What kind of stress would that put on them and on their relationships?

Diane Capri: Doesn’t sound like fun to me at all. Pretty intense, actually.

Kassandra Lamb: It does get quite intense. Kate’s in a relatively new marriage to Skip Canfield, who has sworn to put his family above all else. The private investigations agency that Skip co-owns has attracted their first celebrity client, a pop singer who’s being stalked by an anonymous fan. Unfortunately, when Skip is seen in the company of his client, a reporter misinterprets his role as her new boyfriend rather than her bodyguard. Soon Kate and Skip’s family and friends are being hounded by the paparazzi and their lives are being distorted in the tabloids.

Meanwhile, the stalker has escalated and is attempting to remove any obstacle between himself and the object of his obsession, even if murder is required to accomplish that goal. Throw in some planted evidence that Kate is having an affair, and her normally laid-back, level-headed husband begins to lose it.

Celebrity Status is neck and neck with Family Fallacies as my favorite in the series. But I’m excited about it for another reason too. It’s coming out in paperback format as well as in e-book. This is a first for me, and we hope to have the rest of the series out in paperback in the next few months.

Diane Capri: Congratulations, Kassandra, and we wish you much success! Where can readers connect with you?

Kassandra Lamb: Thanks again for having me over today, Diane! It’s been great hanging out here. Readers can reach me on my website: KassandraLamb.com and on Facebook: http://www.facebook.com/kassandralambauthor