Today, I’m pleased to have in the hot seat my friend and celebrity author Grant Blackwood. 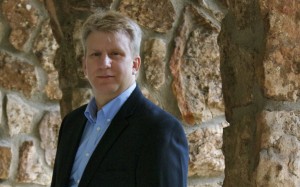 Grant is the author of the Briggs Tanner thriller series, but you probably know him best as Clive Cussler’s co-author on the New York Times bestsellers Spartan Gold, Lost Empire, and Kingdom. Or maybe you caught Grant’s work as Tom Clancy’s co author of Dead or Alive, which spent three weeks at #1 on the New York Times list and three months in the top ten, a super-human feat in today’s market. 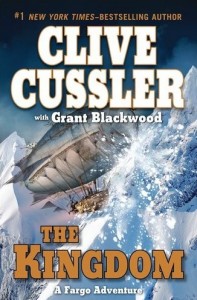 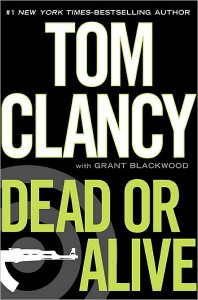 After writing the equivalent of nine books in four years, you’d think Grant would be taking a well-deserved rest, wouldn’t you? Maybe hanging out in the Florida Keys with his new protagonist, soaking up rum and rays?

Right now, Grant’s working on a top-secret new series of his own while he also collaborates on a second new series with another of my friends, celebrity author James Rollins. 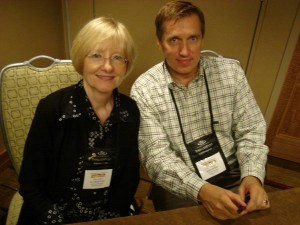 Grant attracts co-authors like charged steel. So where does this dude get his electrostatic mojo?

Grant is a US Navy veteran. He spent three years aboard a guided-missile frigate as an Operations Specialist and a pilot rescue swimmer.

Well, that was one of my questions, too.

Diane Capri:  Grant, readers are dying to know how you connected with these terrific authors. Come on. Spill.

Grant Blackwood: *Laughs* Well, I’d read Clive Cussler for many, many years. He was a mentor at a distance for me. Hell, I got into this business because of Clive. When I was offered the chance to work with him through my editor, it was a dream come true. Creating books I loved to write was a bonus.

Diane Capri:  I’ve met Clive several times. He’s funny and quite the gentleman. It must have been fun to work with him. I always wanted to see his Classic Car Collection, though. I’ve never met Tom Clancy. What’s the straight scoop on that?

Grant Blackwood: I read Hunt for Red October when I was in the navy and I was doing the very work Tom Clancy wrote about. Both Tom and Clive are giants in our genre, and in the industry as a whole. I consider myself lucky to have worked with them.

Grant Blackwood: The schedule was grueling. Writing that many books in that period of time meant I couldn’t look up and take a deep breath. But that’s part of being a writer now-a-days. No writer can control the schedule as much as we’d like to. It is what it is. *Looks at watch.*

Diane Capri:  Would you write another book with Cussler or Clancy?

Grant Blackwood: I’ve learned to never say never, but I wanted to get back out on my own again. I had this urge to write a new solo project and that’s become more insistent; I can’t get it out of my head. I’m really excited about the concept because it’s unlike anything else we’ve seen in a thriller character. *Looks at watch again.*

Diane Capri: Okay, I’ll let you get back to work in a minute. But after that grueling schedule, and your desire to write your solo project, what persuaded you to start collaborating with Jim Rollins?

Grant Blackwood: Well, I didn’t plan to do another co-authored series. But out of the blue, Jim came knocking and I couldn’t say no to that opportunity. I like Jim personally and to work with someone as big as Jim is in the thriller genre was something I couldn’t resist. You know how that is, Diane. You’re acting pretty coy, but Lee Child and Jack Reacher are big names in our business, too.

Diane Capri:  *Grins* Don’t Know Jack has been a lot of fun for me, too. You’re exactly right. Can you give us a little taste of your new project with Jim?

Grant Blackwood: We’re working on a new series starring a very unique character. Details to come in the near future. For now, two books are planned. We don’t have a title yet. But the first one will be out in 2013.

Diane Capri:  We’re all looking forward to  your book with Jim and your top secret new project, Grant. Now, you’re living up there in Colorado mountains, but you’re not alone in a cabin the woods, right?

Diane Capri:  You’re a photographer, too? Where do you find the time?

Grant Blackwood: Not me. Julie is. She graduated from the New York Institute of Photography and she loves it. We live in a beautiful state, which provides her with landscape subjects. And the dogs never cease to amuse. We also adopted a shelter cat last week. After about 24 hours, he was walking around like he owned the place.

Diane Capri:  Are these Julie’s photos? They’re fabulous! Look at this one: 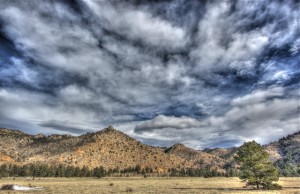 Grant Blackwood has the experience and expertise to co-author with some of the biggest names in the Thriller genre. When opportunity knocked, he took a chance on his dream come true. Have you ever taken a big risk in pursuit of your dream? How’d it work out?