We are thrilled to report that Don’t Know Jack is receiving a welcome reception both from readers who’ve never met Jack Reacher and those who love him. Either way, readers ask great questions, such as: 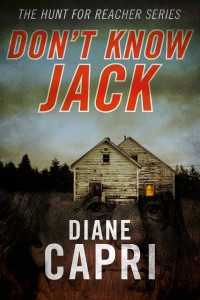 Reacher fan: Fifteen years ago, in The Killing Floor, Jack Reacher came to Margrave kind of by accident. He got into a mess, fixed everything, and then left. Now, Don’t Know Jack gives us the rest of the story. I love this concept! How did you come up with it?

Diane Capri:  I’m a huge Reacher fan myself. The idea for the series started to percolate when Lee Child asked me, “Who in his right mind would hunt Reacher? You?” After a bit, another problem popped up. Where would she even start to look? Reacher always moves on. No forwarding address. No plan. No trace. Carrying nothing but his toothbrush. And then I thought, “But what about the people left behind? What happens to them? How has Reacher changed their lives?” Don’t Know Jack answers that question for the folks in Margrave, where Reacher made his on-screen debut in The Killing Floor. 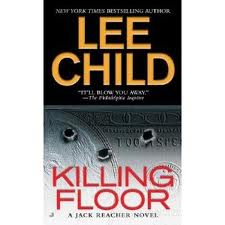 New to Reacher reader:  It’s obvious you carefully researched everything about this book. How much of the counterfeiting and offshore banking facts are true? Can’t people hide money in offshore banks anymore?

Diane Capri: It’s very hard to create and maintain a secret bank account anywhere in the world these days, believe it or not. Fighting world-wide terrorism is the main reason countries have allowed unprecedented access by foreign governments. So if you’re thinking about hiding anything in a bank, beware. Counterfeiting is a bigger problem than most people think, too. I wrote about that here: Don’t Make Your Own Cash.

Reacher fan:  Why call Reacher a “stone cold killer” in the book’s description?

Diane Capri:  Don’t Know Jack is told from the point of view of two FBI Special Agents. Without spoiling the story, these agents believe Reacher’s a killer based on his background as they know it at the story’s outset. Otto and Gaspar haven’t spent any time in Reacher’s head the way we Reacher fans have. We know when trouble finds him, Reacher will do whatever it takes. Dispassionately. Without remorse. But there’s much more to Reacher than that, as we already know and Otto and Gaspar find out.

Reacher fan:  Agent Otto assumes the worst about Reacher as soon as she reads his super skinny file. But they have a lot in common, don’t they? Like her, he was a cop; like her, he’s worked with the FBI a few times. They even share an obsession with coffee.

Diane Capri:  Ah, yes, we coffee junkies do stick together. *laughs* Kim Otto is plucked from sleep, sent into an unknown situation, and told to work “under the radar” without her FBI safety net. She’s an anxious person to begin with, but Reacher’s exceedingly well trained and more than twice her size. She reads the file materials she’s been given and discovers two more things that scare her. Reacher’s FBI files have been stripped to the bone, which is frightening enough because it implies someone with high security clearance and authority is playing the puppeteer; and Reacher has deliberately hidden himself underground since he was discharged from the army fifteen years ago. Kim knows that most veterans, especially expert snipers, don’t simply vanish on a whim. Under these circumstances, forewarned is forearmed. She’d be crazy not to prepare for the worst, don’t you think? 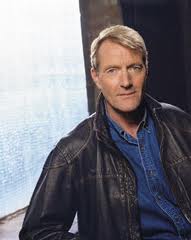 New to Reacher reader:  I loved this book, and now I’m going to read Lee Child, too. I loved the two main characters and the way they relate to each other. I laughed out loud a few times at the back and forth. And I love the way this one ends because that means there will be more books in the series as Otto and Gaspar search for Reacher, right?

Diane Capri:  I’m so glad you love the book. I hope there will be many more books in the series. Stay tuned…

Have you read Don’t Know Jack? How about The Killing Floor? What questions do you have for Diane Capri? Leave them in a comment below and Diane will answer for you. And be sure to sign up for our mailing list so we can let you know when new books are released and special opportunities arise. Sign up by clicking HERE to fill out your contact information.