The snowbirds of Mexico

By now you know that I like to escape the dead of winter by heading to Florida each year. As an author, I’m convinced that a change of setting helps to stimulate creativity where I can keep bringing you lots of new thrillers and mysteries. 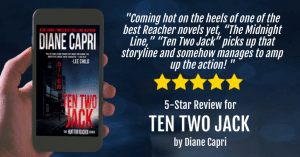 I’m not alone in this thinking as many other snowbirds leave their summer home each year and migrate to a warmer location. Some stay in the US, while others travel abroad, often to Mexico.

Mexico is one of the top winter getaway destinations for many Americans and for good reason. Who doesn’t want to pass up shoveling snow for reading a book on the beach?

Kim Otto’s work as an FBI Agent is her number one priority over everything else. As a result, she doesn’t get many chances to experience the luxuries of snowbirds. Her hometown is Detroit where temperatures in January average around 31 degrees Fahrenheit. Brrr! There is some snowfall, but most days are cloudy. Statistically, Detroit’s most cloudy day of the year is in January. 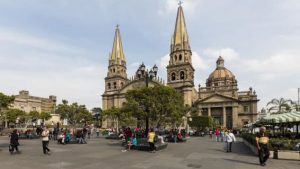 Luckily for Otto, the Hunt for Jack Reacher brings her to warmer destinations, most recently Guadalajara Mexico. Guadalajara is the second largest city in the country. It has become home to artists attracted to the mix of historic charm and modern architecture. Both locals and tourists enjoy the numerous art galleries and live music that fills the streets.

Guadalajara has become home to a number of snowbirds and expats. About an hour south of Guadalajara lies Lake Chapala, one of Mexico’s most popular destinations for snowbirds. The small community is home to about 5,000 foreign residents year-round. This number nearly triples in the winter months.

This idyllic community is best known for its safe small-town feel combined with excellent medical care and a nearly perfect climate. The average temperature for the area is 72 degrees. Despite its size, the community offers a variety of community events year-round keeping locals and visitors entertained. The local community center also boasts over 30,000 English language books. Wow! 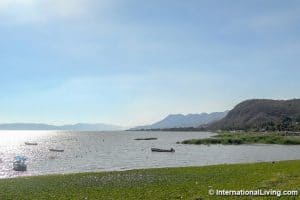 Image courtesy of the Huffingtonpost.com

The lake itself is approximately 66 miles long and 11 miles wide and provides scenic waterfront views. Although only the bravest will be caught swimming in Lake Chapala, local fishermen venture out daily to catch fresh fish that is sold on the village streets. If seafood isn’t your forte, there are plenty of other local restaurants and street vendors to match your cravings.

Guadalajara and the surrounding area certainly sounds like an interesting place, doesn’t it? I think Kim Otto would have to agree, based on what happens in Ten Two Jack.

To learn more about my thriller novel and the Hunt for Jack Reacher, CLICK HERE.