In TEN TWO JACK, Agent Kim Otto has an exciting chase from Detroit to Chicago to Houston and deep into Mexico. Her adventures are filled with near misses and near death experiences. Like what, you wonder? 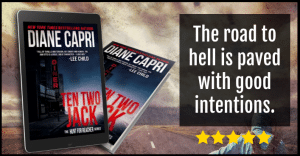 Otto spends time in Guadalajara, Mexico’s second largest city. It has become home to many artists who are attracted to the mix of historic charm and modern architecture. You can learn more about the pleasures and perils of Guadalajara here.

Mexico’s beautiful sandy beaches, warm weather, and charming culture are all appealing. Each year thousands of tourists populate the sandy beaches and deep blue waters. However, hidden in the corners of these scenic views and tourist venues is a dark side of Mexico that is quite frightening, although often less noticeable to the average visitor. 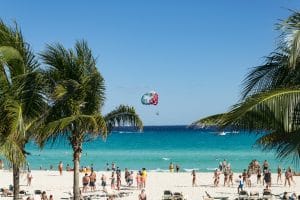 In 2017 there was a rise in the number of homicides in Mexico, reaching an alarming total of 31,174. The majority of these murders were linked to the country’s infamous narcotics gangs. This number is even more shocking considering that an estimated 90% percent of crimes in Mexico are never reported.

Just this year, a twenty-seven-year-old woman was shot and killed by a stray bullet that missed its intended victim. Tatiana Mirutenko was celebrating her first anniversary with her husband at a restaurant in a wealthy district in Mexico City when the incident took her life. Another tragedy took place in April when a man was shot directly in front of a crowd at a popular beach in Acapulco. 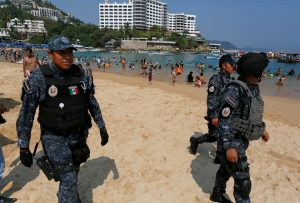 Image courtesy of the BusinessInsider.com

Despite these alarming events, the tourism industry in Mexico continues to grow, partly because tourists are rarely the targets of such violence. Even so, turf battles between criminal organizations are increasingly encroaching on tourist locations. U.S travelers have been issued safety warnings and “do not travel” advisories for several areas of Mexico. Such as Guadalajara.

Although many regions in Mexico are still considered safe, tourists should follow Otto’s lead. Be alert and take precautions. Always have a Plan B.

If you do find yourself in Mexico you might benefit from the “rules” Kim Otto uses to do her job and stay alive:

You can read the rest of Kim Otto’s rules here.

How does all of this relate to Ten Two Jack? You don’t want me to spoil the story for you, right?

On the trail of TEN TWO JACK Part 3
THANKSGIVING: PLEASURE OR PERIL?