When in Rome, don’t do as the Romans do.

What comes to mind when you hear the word ‘Mafia’?

Apart from making the perfect backdrop for action-packed thrillers, the mafia is one of the most powerful organized-crime units on the globe, raking in billions of cash each year from nefarious dealings. 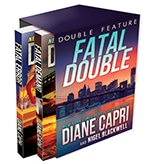 The mobster presence in Italy is part of the reason Jess Kimball finds herself headed to Rome in two of my Jess Kimball Thrillers. In FATAL DEMAND Jess finds herself in deep trouble when she accidentally thwarts a money for a hostage exchange at the Rome airport. Facing the loss of his entire operation with the mob, the last killer will stop at nothing to extract one final payoff.

Italy is the birthplace of the mafia, and is still largely controlled by numerous mafia groups, with Rome often being the center of corruption. The Italian Mafia is one of the longest-running crime networks in history, despite ongoing efforts by authorities to vanquish it.

Developed out of post-feudal Italy, the Sicilian Mafia set the precedent for modern mafia groups. Early gangs created their own forms of justice and retribution. Business owners would seek out protection from the mafia due to the belief that the police could not protect them well enough. These deals were not always equally beneficial to business owners because the mafia often preyed on vulnerable individuals, forcing their ‘protection’ on them through the use of fear and violence. 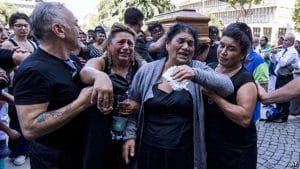 Since its early beginnings the mafia has grown continuously. New groups still spring up all across Italy to this day. There are currently over 45 gangs in Rome alone, many of which have global connections. Their investments extend far beyond extorting money from businesses. Many of these groups are heavily involved in drug rings and human trafficking.

The corrupt enterprises of the mafia are difficult to dismantle because of their connections within business, politics, and even the criminal justice system. These illicit connections, along with bribery and intimidation, not only make it challenging to catch criminals but often make it near impossible to actually to put them behind bars. Scary, right? 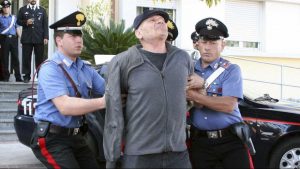 Although each gang has a different power structure, the mafia is predominately a family business run by a strict code of silence. Members who betray their gang risk facing death and torture. In 2009, Lea Garofalo was burned alive for reporting her former partner who was involved in trafficking.

Even those not associated with the mafia who bring undue attention to gang members may receive threats or be harmed. In 2015, individuals who were part of a camera crew attempted to record images of mafia property were violently assaulted.

Jess Kimball is also familiar with the dangers of speaking out against the mafia. In FATAL ERROR, she again experiences the wrath of mobsters when her Taboo Magazine assignment reveals a second chilling killer from the same modern Italian crime family. Will she survive the imminent danger once more?

If you’re intrigued by the real-life elements of Italian crime, you’ll be interested in reading Fatal Demand and Fatal Error. They’re both fiction but, like all my mysteries and thrillers, strongly rooted in real-life possibilities and facts.

Do You Know What You’re Drinking?
Is Jack Reacher a Serial Killer?