Do You Know What You’re Drinking?

Do you know what is in your drinking water? Probably not.

Neither did the residents in a small Florida town in the exciting short read, the 9th Willa Carson Mystery, FAIR JUSTICE  when a local reporter became suspicious when people in the community began suffering from a strange, debilitating illness.

Like many of my plots, this one could be true.

Thousands of gallons of toxic chemical waste are being dumped into water sources across the country almost every single day. Scary, right?

From coal mining to industrial cleaning, almost every industry creates and disposes of some form of toxic waste. Many factories or industrial sites dump wastewater filled with hazardous chemicals directly into water used by towns and cities. Sometimes people who live near these toxic sites have a higher risk of developing cancer and other serious health issues. 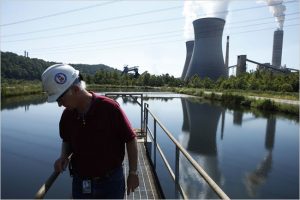 Photo by Damon Winter courtesy of The New York Times

According to the New York Times, coal plants all over the US deposit large amounts of wastewater into rivers and lakes that are used as sources of drinking water. This widespread dumping not only contributes to climate change but can increase the likelihood of heart and respiratory problems in those consuming the tainted water.

While there are regulations that help control toxic chemical waste dumping, this process can be difficult to monitor. The high cost of waste treatment also deters communities and companies from implementing proper waste control practices. While many individuals and companies are making significant efforts to prevent and reduce chemical dumping, my fictional corporations have secretly neglected contributing to these efforts in favor of lining their own pockets.

Judge Willa Carson knows all about the shroud of secrecy covering illegal dumping spots. In FAIR JUSTICE a whistleblower claims the local carpet mill is dumping toxic chemicals into the water supply. Uncovering the truth may cost the reporter his life, unless Willa Carson can save him. 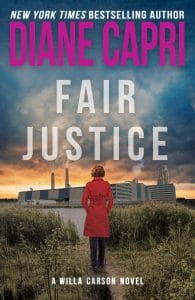 In 2017, Boasso America, Inc. was found guilty of illegally dumping large quantities of hazardous products in populated areas. Two of the company’s employees were convicted and sent to federal prison for their role in depositing a large amount of the toxic substance naphthalene near a neighbourhood in Savannah, GA. Fortunately, officials were able to clean up the area before the community was affected.

While illegal dumping is often discussed on a large-scale level, it also occurs on smaller levels. In 2016, officials in Jurupa Valley, CA were searching for an individual(s) who were illegally dumping barrels of a hazardous substance at night.

Despite the corruption, there are also many advocates like the reporter in FAIR JUSTICE who are fighting to protect our water.

Leave a comment below and let me know what you think about whistleblowers. Should corruption always be exposed or are there times when it shouldn’t be?

Why Biotechnology Might Save Your Life
When in Rome, don’t do as the Romans do.