How My Plan for an Italian Brothers Novel Was Hijacked

By Diane on December 29, 2015 in Beyond The Covers, Blog, Jess Kimball Thrillers

Has 2015 held adventure for you? For me, 2015 was the year I completed a grand adventure I’d planned long ago.

First, let’s take a short time travel back to June 2014. You may remember how, in the summer of 2014, we headed off together on a most unusual trip. The project was called Flight 12 and it was unlike anything any group of writers had done before.

Flight 12 was a year-long adventure during which, each month, a different author released a limited edition, stand alone thriller novella, all of which had a common ending. At the end of each book, one person boarded the Boeing 767, Flight 12, to Rome from New York’s JFK International Airport.

My contribution to the project was Flight 12: A Jess Kimball Thriller.

Here’s the thing many of you may not know. This story was always meant to be a novel. I’d planned it back in 2006, on a trip to Italy. I’d seen a fellow while touring Pompeii who looked like a good villain to me. I took his photo way back then. Of course, I have no idea who he is (nor do I want to know), but he seemed a bit too charming to me, like the kind of guy who could lead gullible people down a deadly and destructive path. I named him Luigi Ficarra. And I gave him a brother, Enzo. And I planned a whole novel about this dastardly duo.

When the opportunity to join The Flight 12 Project came up, I temporarily hijacked my plan for the Italian brothers novel that featured investigative journalist Jess Kimball, also the star of Fatal Enemy and Fatal Distraction, and shortened it to a novella. The Flight 12 novella was a full story, of course. But because of its shorter length, it left out a lot that I had planned to include in the novel.

When The Flight 12 Project came to an end and all of my rights in my novella came back to me, it seemed like the perfect time for Jess to expand and complete the adventure that began almost ten years earlier on my real life trip to Italy.

That is precisely why I wrote Fatal Demand and Fatal Error. 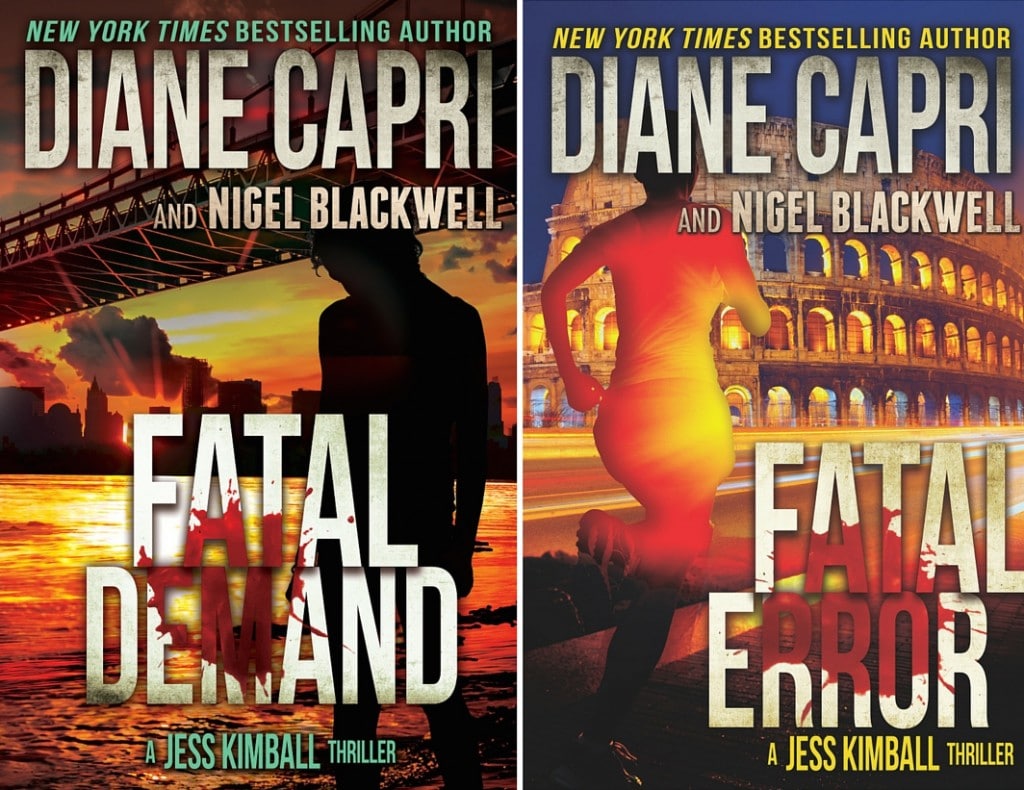 Jess Kimball’s pursuit of the Ficarra brothers is a big story and a long one. So I teamed up with my friend, the amazing writer Nigel Blackwell, to bring it to you.

After months of work, Nigel and I have now completed the whole Ficarra Brothers story. We’ve told it in two full novels: Fatal Demand and the sequel, Fatal Error.

Both novels are now available for pre-order and will release simultaneously on January 15, 2016! I hope you love them!

You can find links to pre-order them from all major online retailers here: https://dianecapri.com/jess-kimball-thrillers
(Except Amazon, which will be coming soon!)