Why I’m Keeping An Eye On Corruption In Italy

By Diane on May 12, 2016 in Beyond The Covers, Blog, Jess Kimball Thrillers

If Jess Kimball wants to head back to Italy anytime soon to put her investigative skills to work again, she might be in luck. A prominent judge in Italy recently declared that corruption in Italy is on the rise. As a thriller writer, what that means to me is that Italy might be a hotbed for investigative journalists like Jess Kimball to find work. 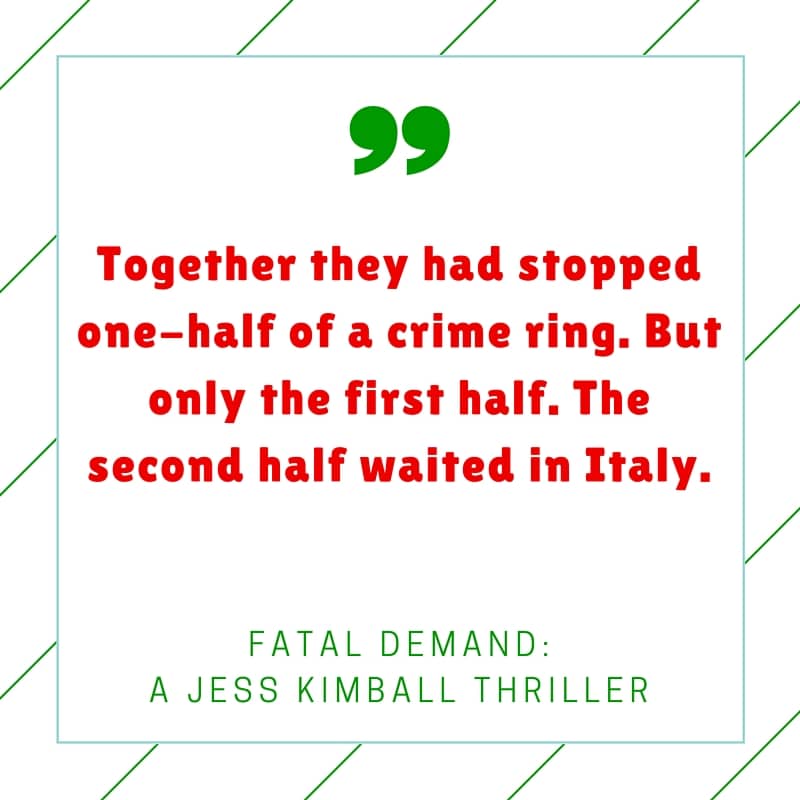 The mafia presence in Italy is part of the reason Jess Kimball finds herself headed to Rome in my thrillers Fatal Demand and Fatal Error. But it’s not just the mafia that Italian officials are keeping an eye on.

Italian supreme court judge Piercamillo Davigo helped clean up corruption within the Italian political system in the 1990’s. He says it’s only gotten worse since then. Now, he says, politicians not only steal, but worse — he says they steal and aren’t ashamed of it.

Of course, there’s political corruption almost everywhere, but when the country’s supreme court judge says it’s bad, you have to believe it’s serious. And, if politicians are allegedly turning to the mafia for favors, we have to assume that makes the Italian mafia even more powerful, right? According to Transparency International’s 2015 corruption perceptions index, Italy is the most corrupt country in the European Union. I have a feeling there might be more work for Jess Kimball in Italy yet.