Back in 2014, I blogged here about MacDill Air Force Base adding eight Stratotankers to its fleet. At the time, I was researching MacDill Air Force Base for my book Jack in the Green. That particular book is available now, and I continue to write the Hunt for Jack Reacher Series, and I continue to monitor military news, especially in Tampa where Jack in the Green takes place.

So, the latest news is that 12 more Stratotankers may be coming to MacDill Air Force Base. Two bases are competing to host these 12 KC-135 Stratotankers, along with the 400 personnel who accompany the jets. This group of older jets, manufactured in the 1950’s, is being moved from Kansas to make room for new tankers there. 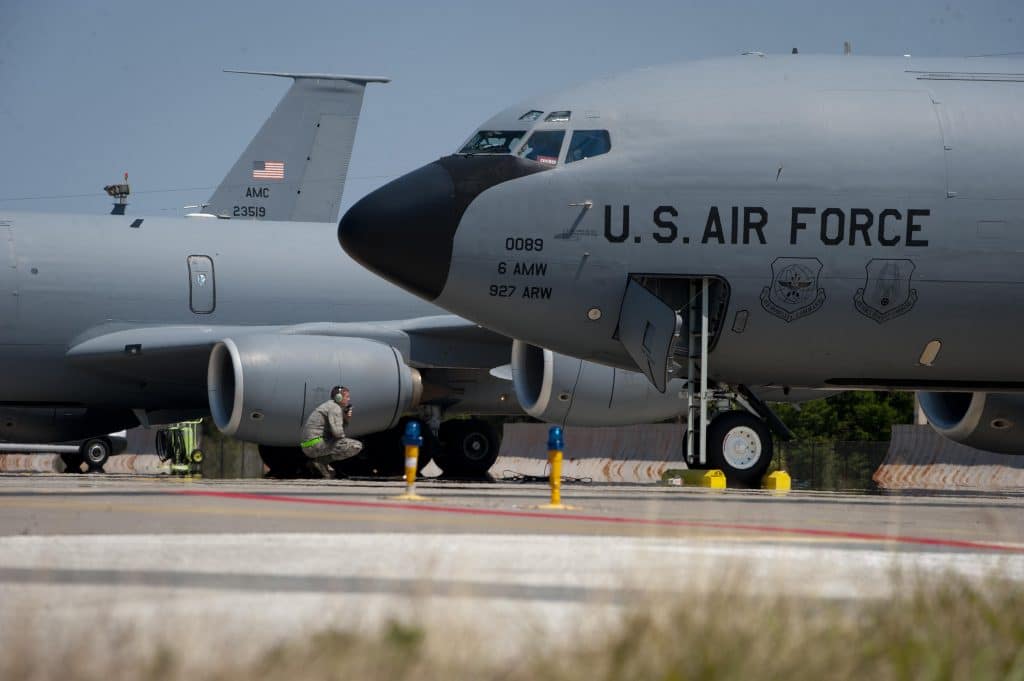 An Airman helps prepare a KC-135 Stratotanker aircraft for take-off during an exercise at MacDill Air Force Base, FL, March 21, 2017

A stratotanker is an aircraft designed to refuel other planes, mid-air. It lies on the back of another plane and pumps some of the 200,000 pounds of fuel it’s capable of carrying through the flying boom to the plane in need. Anywhere in the world, in any kind of weather conditions. The KC-135 Stratotanker has a wing span of 130 feet, a range of 1,500 miles, and costs $39.6 million. The Stratotanker calls for a crew of three — a pilot, a co-pilot, and a boom operator.

According to Lisa Monnet, president of the Tampa Bay Defense Alliance, MacDill is well-suited to receive the tankers because:

MacDill is competing with Fairchild Air Force Base in Washington for these Stratotankers. A decision will be made soon.

In the meantime, if you’d like to read the Hunt for Jack Reacher book that opens at MacDill Air Force Base, Jack in the Green, you can CLICK HERE to find the list of retailers who sell it online.

One Response to MacDill AFB Hopes For More Stratotankers