Do you think we realize just how debilitating hacking can be? For readers like my friend, Lee Child, who smile at FBI Special Agent Kim Otto’s constant vigilance, here’s a real life story that supports her behavior.

“For at least 12 hours on Oct. 25 and Oct. 26, 911 centers in at least a dozen U.S. states from California to Texas to Florida were overwhelmed by what investigators now believe was the largest-ever cyberattack on the country’s emergency-response system.”
–The Wall Street Journal

It was all part of an (unfortunately) very successful, very harmful Twitter prank. A link got passed around, appearing that it led to some sort of video, but when the smartphone users clicked it, it caused their phones to call 911, and the user was unable to end the call. As the link went viral, unintended phone calls flooded 911 centers around the United States, knocking call centers offline. 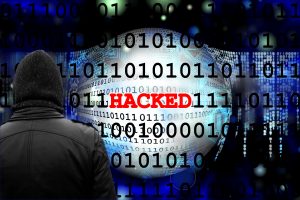 Had it been a real 911 emergency, hundreds of people who needed help could have been neglected. According to The Wall Street Journal, there no reports that anyone was seriously injured in the wake of this cyberattack.

But it could have been much worse. We’re lucky that this one was only a teenager who started a prank that seemed to spiral beyond what he intended. He was charged with a felony.

The loophole in Apple’s software that made this 911 phone call attack possible has been fixed, and it shouldn’t happen again. At least, not the same way. But wherever there is new technology, there are new dangers. What invisible danger is lurking?

This kind of “invisible danger” fascinates me, and you’ll find references along these lines in my mystery and thriller books. In my Hunt for Jack Reacher series, Jack Reacher himself is the invisible danger. Otto knows he’s there. She sees the bodies he’s left in his wake … but where is the guy? How can she fight a man she can’t see? FBI Special Agents Kim Otto and Carlos Gaspar struggle to track him down. Along the way, they’re very aware of the complex and developing surveillance systems that exist in the real world. Enemies are able to use various devices to watch and listen to most cautious victims.

Think about it — if hackers can cause our cell phones to call 911 without our consent, what else can they do??

To keep up with my books that follow the Hunt for Jack Reacher and the technological dangers that accompany that search, CLICK HERE.

One Response to Invisible Dangers