When Too Much Money is a Problem

Is there such a thing as too much money? Possibly. Say, for example, when you don’t know who the owner is, hmm?

Flint tracks down people who are heirs to a fortune. Why do these heirs need to be found? Well, various reasons. In the case of Blood Trails, a wealthy Texan named Sebastian Shaw hires Flint to find the woman who owns the mineral rights to the largest independently owned land grant oil field in Texas. If the woman doesn’t sell her mineral rights, Shaw won’t own the field. And if Flint doesn’t find the woman, he doesn’t get paid.

Or at least.. that’s how things work in theory. It’s never as simple as it should be, is it? 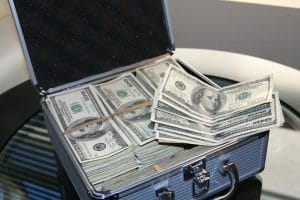 Here’s a real-life case where distribution of wealth was probably more complicated than it needed to be. Wellington Burt, a wealthy lumber baron born in Michigan in 1831, wrote up a will that required his fortune to be distributed decades after his death in 1919. Specifically, he wanted his inheritance to go to his descendants 21 years after his last grandchild died. Luckily (and not surprisingly…), somebody was keeping track. The final grandchild passed away in 1989. Twenty-one years later, twelve ancestors ended up splitting the fortune, which was estimated to be around $110 million. I haven’t found whether this ordeal required a genealogist or not, but I wouldn’t be surprised.

In another case, New York stands to inherit the largest unclaimed estate in the state’s history if no heir to Holocaust survivor Roman Blum can be found. Blum left behind an estate valued at $40 million when he died in 2012 at the age of 97. His first wife and son died in the war, and he had no children with his second wife, who is now deceased. Several people have come forward claiming to be relatives of Blum, but a judge has yet to rule in favor of any of these claims. 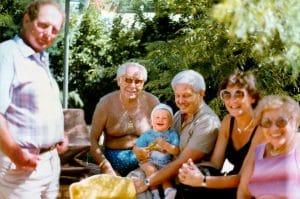 Roman Blum, shirtless, at a birthday party on Long Island in 1983. Credit: Collection of Charles Goldgrub

In this article, a woman claims her brother altered their mother’s will by turning a number “1” into a dollar sign, thus making the amount she was to inherit $10,000 instead of $110,000.

Beginning to see how too much money can create a problem?

Governments often end up being burdened with the puzzle of what to do with unclaimed money. 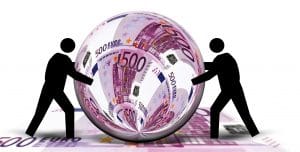 In Ireland, millions of dollars in estates are just waiting to be claimed. When there is no obvious next-of-kin following a death, the British Government automatically takes possession until the assets are claimed. Here’s a list of Irish folks who have left valuable estates, but have no known heirs. Anyone hoping to be approved as an heir will have to provide proof of blood relationship through birth, marriage, and death certificates.

Here’s a site where Canadians can check to see if they have unclaimed cash in their name: http://www.huffingtonpost.ca/2015/06/22/bank-of-canada-unclaimed-money-cash_n_7641240.html

In the United States, here’s a lead to some links for detecting whether you are due unclaimed money. http://www.inheritancesearch.com/

But all of these are quick searches. When the genealogy or the intentions of the deceased are unclear or complicated, it’s time to call in an heir hunter like Michael Flint.

Follow him on his heir hunting mission in Blood Trails: https://dianecapri.com/books/blood-trails/ 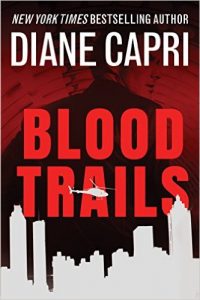 Is That Device Spying On You?
Music in Michigan: It’s More Than Motown