Is That Device Spying On You?

As you know, I write a series of novels about two FBI agents working off the books to find Jack Reacher. (Learn about the Hunt for Jack Reacher Series HERE.)

Although Agents Kim Otto and Carlos Gaspar are off the books, they are never unwatched. The efforts they make to both avoid and use the constant surveillance threats are some of my reader favorites.

All of these recent new Wikileaks revelations about the government spying on American citizens sound exactly like scenes I wrote a while ago, don’t they? 😉

In one of my books, Jack and Kill, published in 2012, my editor insisted that I remove a few lines where I said the government could listen in on private conversations inside of cars. She said no one would believe it. Maybe I’ll stick that scene in the next novel, hmmmm? 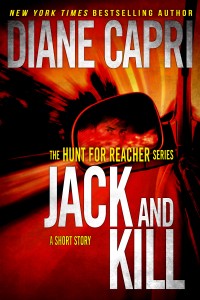 Even over a decade ago, in 2006, James Atkinson, a counter-surveillance consultant who has worked closely with government agencies, said this about some cell phones:

“They can be remotely accessed and made to transmit room audio all the time. You can do that without having physical access to the phone … If a phone has in fact been modified to act as a bug, the only way to counteract that is to either have a bugsweeper follow you around 24-7, which is not practical, or to peel the battery off the phone.”
–James Atkinson

Atkinson said even in 2006 it was routine for security-conscious corporate executives to take batteries out of their cell phones.

It was remote activation of a cell phone microphone that allowed the FBI to listen in on an alleged Mafioso. This is real-life stuff.

Now, with the advent of smart devices and smart homes, the number of ways for hackers — or government officials — to drop in for a listen or a peek are countless:

-Your Smart TV can potentially listen to your conversations, according to CNBC.

–Amazon Echo and Google Home are popular voice-activated command centers that are constantly listening. Amazon maintains that the Echo doesn’t constantly record, though police tried to get information from an Amazon Echo to potentially help solve a murder case.

-A Smart Home Monitor can relay how many people are in the home and which room(s) they’re in.

-It’s surprisingly easy to hack into baby monitors, as I wrote about here.

-Some laptop computers can stream video from the laptop’s camera, even when the camera’s green “on” indicator light is not on.

–Forbes reports that GM’s OnStar program has the ability to listen in on conversations within the car — though a GM spokesperson says it never does that unless ordered to do by a court.

Bottom line? Agents Otto and Gaspar are constantly required to be creative in their search for Jack Reacher, since it’s a mission that requires clandestine operations!

Night At Jazz Club Ends In Murder: New Thriller
When Too Much Money is a Problem