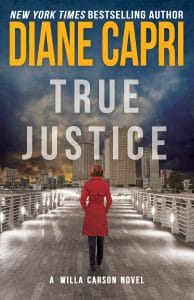 Ginny Richards has a great new job working for wickedly smart Federal Judge Willa Carson, and she couldn’t be happier. After a rough patch and an ugly break up, she’s finally making new friends and her career is on the upswing. But when she invites her new workmates to see her moonlighting as a jazz singer at a local club, she never expects that a night of music and merriment will end in murder.

“Full of thrills and tension – but smart and human too.”
– Lee Child, #1 World Wide Bestselling Author of Jack Reacher Thrillers

“It’s Complicated” In the Search for Jack Reacher
Is That Device Spying On You?