“It’s Complicated” In the Search for Jack Reacher

In my thriller Get Back Jack, FBI Special Agents Kim Otto and Carlos Gaspar trace the trail of Jack Reacher’s friends. 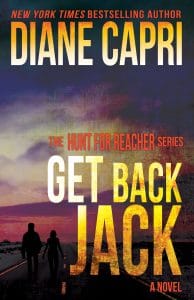 But are these people actually friends/former friends of Reacher’s or are they enemies??

According to a study by Tel Aviv University, only 50% of friendships are mutual. Hard to believe, but you heard right! The study found that half the time, one person believes someone else to be a friend, but the other person does not feel the same way. FBI Agents Kim Otto and Carlos Gaspar have already found this out about those who knew Reacher. 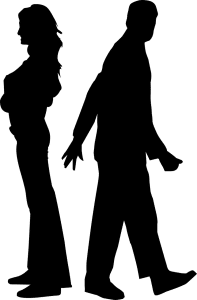 Friendships between men and women are especially confusing. A study from the University of Wisconsin-Eau Claire found that, in opposite-sex friend couples, men reported having stronger attraction to their opposite-sex friend than women did. And men tended to overestimate how attractive these women believed them to be.

Bring love into the friendship game, and everything is thrown out of whack. Romantic friendships are such a strong force, that scientists found that when a new love enters your life, the average person drops two people from their friend circle. They found this to be true for both women and men.

By the way, most adults have only two close friends. 25 years ago, the average was three. Some researchers believe the decrease is because humans are becoming better at choosing their friends wisely. I guess that’s good news for Otto and Gaspar — all they have to do is find Reacher’s two friends. Hmmm….

Work friends are primarily the kind that Otto and Gaspar are tracking down in Get Back Jack. According to a study by LinkedIn, 68% of people born after 1980 would sacrifice a friendship for a promotion. Work friends are a gamble — they can be helpful by giving you an inside scoop and as a way to form alliances, but they can be dangerous if the friendship goes awry. Very dangerous.

Perhaps one of the most basic truths about friendships comes from studying friendships among animals. Scientists say that animals can, in fact, form bonds that can be defined as friendships — if they have a long-lasting bond of sacrifice, shared moments, and hurt after loss. The reason for animal friendships? It all comes back to survival. Friendship leads to greater chances of reproduction, better health, and less stress.

So, Agents Otto and Gaspar can conclude that Jack Reacher must have had some friends — right? Question is, which ones are still friends, and which have become enemies? Find out in my Hunt for Jack Reacher thriller, Get Back Jack.