As an author, my career allows me to live the snowbird lifestyle, spending part of my year writing mysteries and thrillers in Florida, and spending summers doing the same in Northern Michigan. It’s not time for snowbirds to flock north just yet, but we’re getting closer. And I’m looking forward to it — I just got an email about this summer’s Microbrew and Music Summer Festival in Traverse City. It reminds me of one of the many reasons I love Michigan — the rich arts scene. Specifically, Michigan’s music. 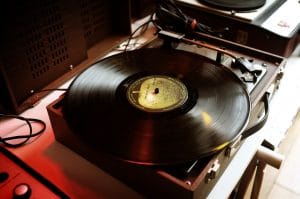 When you think of music in Michigan, the first thing that comes to mind might be the golden oldies. But there’s so much more to Michigan’s music than Motown.

Take Traverse City’s Microbrew and Music Festival, for instance. It includes live music from soul, funk, blues, jazz, and rock ’n roll artists. (And of course, plenty of craft beer!) It draws a huge crowd, and it’s just a glimpse of the rich musical scene in Michigan.

Famous musicians from Michigan include plenty of artists from the rock genre: 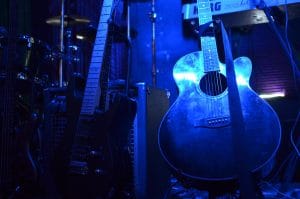 Michigan has a hot jazz scene, too. The annual Detroit Jazz Festival is the largest free jazz fest in the world. Labor Day weekend 2017 will mark the festival’s 38th year.

And then there’s the world-renowned Interlochen Center for the Arts in northwest Michigan. It offers a variety of arts programs, from a competitive boarding high school to summer camps. Graduates include Nora Jones, Rumer Willis, Jewel, multi-Grammy-winner Bob James, and more.

Michigan’s music scene is rounded out with the Detroit Opera House.

And on that note, remind me of the average high temperature in Traverse City in March again? 40°F? Compared to 76°F in central Florida? I think this author can write my mysteries and novels in sunny Florida for at least a few more months, just as well as I could in the frozen tundra. The music scene in Michigan will be there waiting 😉

What’s the music scene like where you live? I’d love to hear about it!

When Too Much Money is a Problem
Missing in Wyoming: The Amy Bechtel Case