For the Love of Cars: Why Michigan?

By Diane on February 23, 2017 in Beyond The Covers, Blog, Hunt for Justice

As a mystery author, I’m convinced that the greater the variety of facts you know, the more intrigue it’s possible to insert into a story. My books take place all around the world, from Florida to Michigan to Rome. You’d be surprised what kind of details come into play sometimes when I’m researching and writing thriller plots!

That’s why I think it’s helpful that I live as a snowbird, spending part of my year in Florida and part in Michigan. You can guess which parts are spent where.  😉

One of the things Michigan is most well-known for is the auto industry, hence Detroit’s nickname Motor City. Like me, Judge Willa Carson moved to Tampa from Detroit. And like me, Willa loves everything about cars. Or, as Willa says in Due Justice, to Detroiters,  “Cars are the essence of life, itself.” 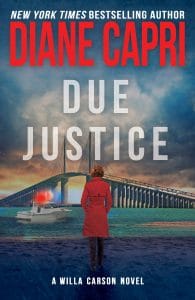 Michigan didn’t become home to the Motor City just because Henry Ford happened to live there. Though that was one reason.

Here are some other reasons Detroit became the Motor City:

By 1915, 13 of the 15 most popular car brands in the country were headquartered in Detroit.

Now, Detroit is in a race with Silicon Valley to keep its claim to fame title of Motor City. Self-driving cars are being developed by General Motors, but over on the west coast Google is a major player in the autonomous car game, too. Here’s what the future of the auto industry could look like if Detroit remains behind the wheel:

New Mystery: Stunned Reporter Asks Judge for Help
A Surprising Quality We Inherit From Our Mothers

One Response to For the Love of Cars: Why Michigan?