Florida Crime: Blame It On The Heat?

By Diane on February 13, 2016 in Beyond The Covers, Blog, Saturday Special

Crime in Paradise is a frequent theme of my books. I’ve written eight books set in the Sunshine State. Partly because I live in Florida and know it well. But also because the statistics show that Florida’s weather may influence crime rates and the types of crime found in the state. When we think of all those lovely Florida winters, we don’t usually consider the crime rates, right? 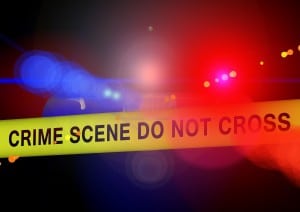 Is Florida’s hot weather a part of the reason for the violent crime incidents?

According to The New York Times, there are two big weather factors that lead to more violence: exceptionally high temperatures, and extreme amounts of rainfall. Ding, ding, ding! That weather has “Florida” written all over it.

In case you’re wondering why hot weather and rain correlate with more violent crimes, there are a couple theories: 1) Hot weather makes people angry, which leads to aggression, and 2) Too much rainfall can lead to scarcity of crops, which leads people to fight over the supply.

I ran across a few interesting notes about cold weather and crime, too, while we’re at it:

Sure enough, I don’t believe car theft has ever made it into one of my Florida-based thrillers.

Where does your city rank in terms of crime rates? You can check here: http://www.neighborhoodscout.com/neighborhoods/crime-rates/

The Con Man Who Was Ahead Of His Time
Why I Love Florida, Reason #2: Miami

One Response to Florida Crime: Blame It On The Heat?