Once upon a time in a galaxy far away, I lived in the land of the frozen tundra. Which is to say Detroit. Where the weak are killed and eaten. Where a twenty-six mile commute can take three hours to get to work and another three to get home. Where the entire month of February can pass without a single ray of sunshine. Where no palm tree has gone before or since.

On a particular day in April, 1992, my car was parked in the southbound expressway’s fast travel lane as I was two hours late for work. Again. A snowstorm had dumped twelve inches of snow overnight. Traffic moved not at all. Indeed, a co-worker who traveled the same commute actually turned off his car two lanes over and joined me to chat a while. Mostly we talked about how our plans for the afternoon were, well, snowed under.

What plans? Did I not mention this was opening day of baseball season?

I’d been offered a great new job in the Sunshine State a few weeks before. The decision making process was somewhat agonizing. Leave Michigan? Leave my job? My friends? My neighbors? These questions plagued me. Until.

Until my friend returned to his vehicle and I remained in the car alone and a song came on the radio and answered everything. You know the song. The Beach Boys. Places in the lyrics. Starts out, “Aruba, Jamaica, oooooh I wanna take ya…” Right? 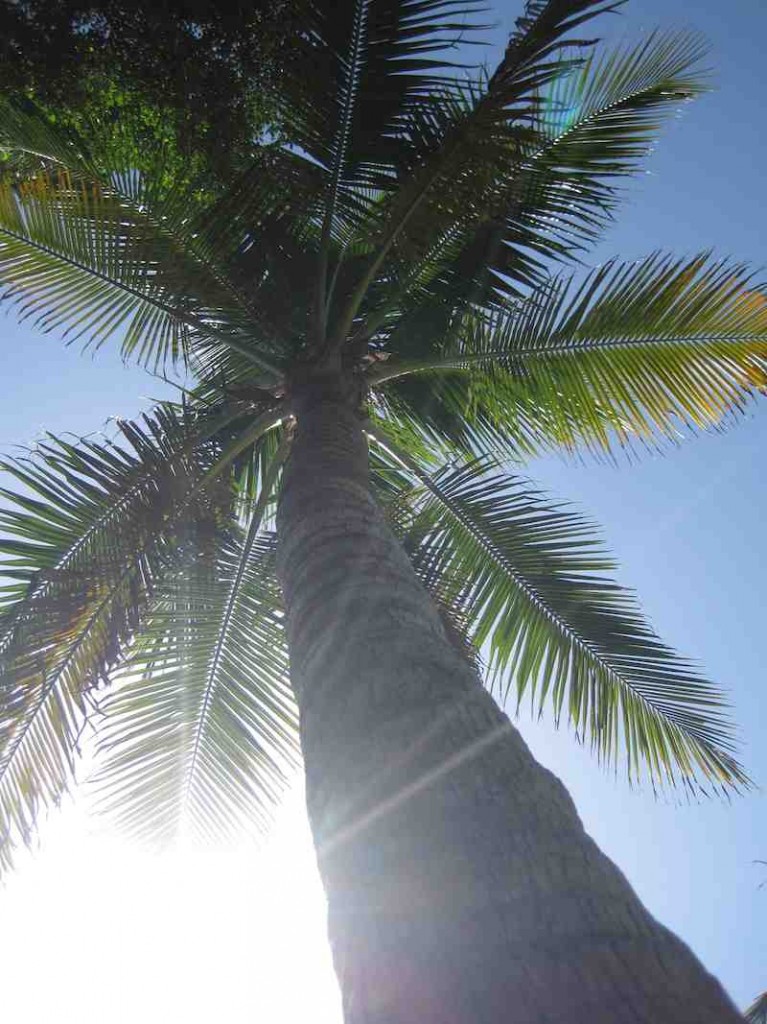 There were places in the world where the sun shines almost every day. Where a lanky boat bum named Travis McGee hangs out with Meyer. Where gin martinis flow like water and mysteries are settled with humor and dispatch. Where sand warmed beaches flow into warm salt water. Perpetual summer in the land of flowers was looking pretty good to me right about then.

So I decided. Right that second. To live in perpetual summer, write mysteries set in Florida, and if I wanted snow, why from that April onward, I could fly to it.

Of course, I took the job. Practicing law was something I loved then and still do. But I wrote Florida mysteries, too. I wrote about justice primarily. I was following that time-honored advice to write what I knew. And also because our justice system was more about the system and less about the justice, it seemed to me.  I wanted more justice, less system back then — and still do.

What followed, so far, are thirteen books including five novels in my Hunt for Justice Series, featuring Florida lawyers and judges working inside and outside the system for justice. Solving mysteries, providing a few thrills and quite a bit of suspense and humor along the way.

Oh – and the Florida Fantasy, too.

What is the Florida Fantasy? You know it, don’t you?

Judge Willa Carson lives not on a houseboat at Slip F-18 at Bahia Mar Marina, but her own island nonetheless. She drinks red wine, not gin, and eats gourmet food every day and never gets fat. She’s married to her prince, George Carson, who is every bit as agreeable and intelligent as Meyer. George never gets in the way but is always there when Willa needs him, complete with great coffee, love, and understanding (mostly). Beach bunnies are ever so much more trouble for Travis than Willa’s two adorable Labradors. Harry and Bess are boon companions who don’t chew the furniture or mess up the house. Willa hits a straight, long drive off the tee every time instead of winning at poker. And of course, she drives a vehicle much more attractive than Miss Agnes. Like Travis, Willa goes her own way and helps others find justice in an unjust world. She’s tall, too.

Jess Kimball handles Florida fantasy more realistically when she teams up with Governor Helen Sullivan in a pitched battle against a clever stalker bent on killing them both in Fatal Distraction. Jess Kimball, it turns out, can be a Fatal Enemy.

Willa Carson, Jenny Lane, and Jess Kimball never succumb to The Long Blue Goodbye or The Lonely Silver Rain or any colors between. No, tropical drinks and steel drum bands in the Sunshine State are more our speed.

What about you? What’s your Florida Fantasy?

What Happened To Jennifer Kesse?
What You Don’t See At Disney