Today, it’s my pleasure to Reveal the delightful Canadian indie author Sheila Seabrook who is a woman of many talents. 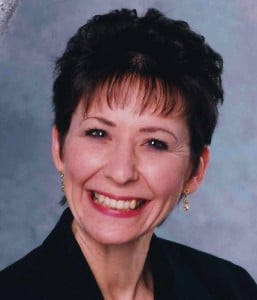 Sheila’s journey into happily-ever-after tales has led her to write women’s fiction and romantic comedy. Hers are emotional stories filled with smart, sassy heroines, hot heroes who make them laugh, and a wild assortment of family members guaranteed to try to steal the show. Join me in a wonderful conversation with my friend, Sheila Seabrook.

Diane Capri: Why did you start writing, Sheila?

Sheila Seabrook: I used to be a mild-mannered, number-crunching, read-a-holic until I began to hear voices in my head. When I tried to take control of those voices, I ended up taking dictation instead. *laughs* My youngest son would say that’s crazy talk. I remind him he not only inherited my green eyes, but he probably has a few of my crazy genes running around inside of him, too.

Diane Capri: *laughs* Okay, well rumor has it that you’re great at sports. True or False?

Sheila Seabrook: I love sports. Am I good at them? One year in high school gym class, while playing basketball, I scored in the opposite team’s basket. Enough said.

Diane Capri: Maybe you’re into music. Are you a singer?

Sheila Seabrook: My oldest son is the singer in the family. He also writes his own music and lyrics. When I hear a song, my ear zeros in on the instruments and everything else gets lost. All I hear is la-la-la, unless it’s a Tobi Keith song. His lyrics are hilariously funny.

Diane Capri: How about musical instruments? I mean, is that you looking all intense at the keyboards?

Sheila Seabrook: When I was in high school, I used to sit at the piano and bang out House Of The Rising Sun…over and over and over again, until my mom finally closed the kitchen door to muffle the noise. This video is mild compared to the noise I made. My piano really rocked!

Sheila Seabrook:  Sadly, no. If a glass goes missing in our house, everyone knows I’m the one who broke it.

Diane Capri: Tell us about your current book then, which I’m sure is at least as much fun as you are! 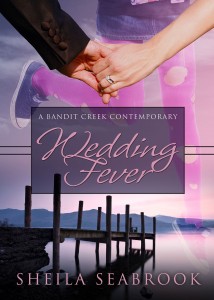 Sheila Seabrook: My current release Wedding Fever is part of the Bandit Creek Books novella series. Bandit Creek’s star reporter is about to have her life turned upside down!

Liz Templeton lives a quiet life with her mother, her mother’s best friend, her boss and—oh yeah—the ghost of her teenage daughter. When her ex-husband returns to town to hunt for the legendary Lost Lake treasure, she doesn’t count on the pair of matchmaking mothers who are planning her wedding or her daughter’s obsession with the man who might be her dad.

Liz has one chance to stop her family from driving her insane…and falling head over heels in love with her ex isn’t part of the plan.

Diane Capri: Sounds like a lot of fun! What’s the book that follows Wedding Fever and when can we read that one?

Sheila Seabrook: I’m currently revising my next release which is tentatively titled Sex, Lies & Family Ties. Hopefully it will be out late November or early December. It’s about three women. There’s some sex, some lies, and a lot of family shenanigans. *big grin*

Diane Capri:*laughs* Of course there is. We’ve teased you a bit about your hobbies, and you’ve been a good sport, but seriously, what do you do to relax and unwind? 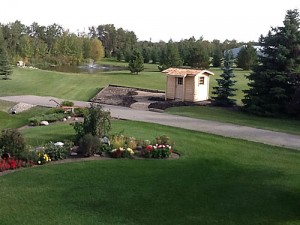 Sheila Seabrook: I read, which is probably a given. And I love to play in my flowerbeds. In the spring, while the snow melts, I search through gardening books and magazines and decide which plants to buy. Next is shopping for the plants. I adore browsing the shelves of the local greenhouses and I always find something new and unusual to try. After that is planting, which I have a love/hate relationship with because it’s hard work, especially in those spots where the soil is tough as cement.

For the rest of the summer, my job is to water and admire the flowers while my husband takes care of the weeds. By fall, I’m heartily sick and tired of the work interrupting my computer time, so I’m ready to dig out the annuals and cut down the perennials. But in the midst of all that, I’m already pulling out the gardening magazines and thinking about next summer’s flowerbeds.

This year, we built a cute little garden shed and dug up a new flowerbed so we could be closer to the pond to watch the wildlife. Next year, we’ll bring in some stones for the pathways, add a couple of benches, and get the soil ready for planting. Then comes my favorite part, picking and buying the shrubs and flowers. I’m dreaming of it already.

Diane Capri: We’ll get out of here and let you get back to work, then. Thanks for chatting with us today. We’ve enjoyed your visit!

Sheila Seabrook: Thanks for much for having me on the Diane Capri Reveals segment of your blog. It’s been fun!

Check out Sheila’s books and connect with her online. You can find her at her website:  SheilaSeabrook.com  or on Facebook: https://www.facebook.com/SheilaSeabrookAuthor