Today, it’s my pleasure to feature the award winning and best selling indie author Fabio Bueno who has taken the world by storm with his very first published novel. Fabio writes Young Adult/Urban Fantasy/Paranormal novels. He lives in the Pacific Northwest with his wife and kids. When not writing or reading, he geeks out with family and friends, solidifies his reputation as the world’s slowest runner, and acts very snobbish about movies. Even so, he’s very lovable. Just look at that face! 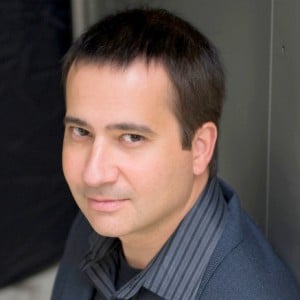 Diane Capri: Tell us about your new book that’s been such a hit with readers, Fabio. Who knew witches inhabit our world, organized in covens and hiding behind a shroud of secrecy—the Veil? The cover art is beautiful! 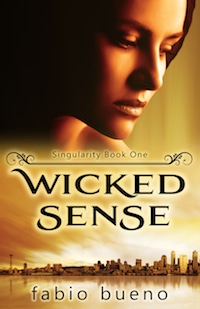 Fabio Bueno: I’ve just released Wicked Sense, a YA paranormal romance. It tells the story of an unusual couple: a teen British witch who goes to a Seattle high school on a mission and the nice guy who falls in love with her. I loved writing it: it’s told in alternating chapters between the two protagonists, so I got to write both points-of-view. I added a sprinkle of romantic comedy too. The novel is getting a fantastic response.

Fabio Bueno: Thank you. It’s the first book in The Singularity Series; the second book in the series will be released in early 2013.

Diane Capri: You seem to have a keen grasp of high school culture. What group did you hang out with in high school?

Fabio Bueno: In high school, I was in search of an identity, like much of us were. I ended up turning into a geek who played sports, got A’s, skipped class, and listened to heavy metal. You’d guess I belonged to all tribes, but that was not the case: because I had no defined characteristic, I didn’t truly belong to any of them. I ended up with that old feeling of “not fitting in”—which is very high-schooley.

Diane Capri: Too true. I remember it well. I’ve never been brave enough to attend a high school reunion. Have you? What did you learn?

Fabio Bueno: I did attend our first reunion last year! I was reticent to go—I didn’t know what to expect. But after a few minutes, I’ve learned that everyone was feeling the same way. It wasn’t awkward at all. With some folks, we picked up the conversation where we had left it a few years before. They were all grown up, and they had grown into their looks. The cliques had pretty much vanished. We revisited some memorable moments and had fun remembering crushes on one another. We all had a great time. We’re already planning the next reunion on Facebook J. If you’d like to know more about the reunion, I wrote about it on my blog, Back to High School.

Diane Capri: Even though Wicked Sense is your first published novel, you’ve been writing a long time. At what point in your life did you realize you wanted to be a writer?

Fabio Bueno: Like many kids, I started writing very early. I wrote terrible stories at home, but my writing assignments at school got high grades, which was an incentive (I wish I still had some of those). When I was fourteen, I wrote two articles for a small-town newspaper, and they offered me a bi-monthly column. But I was lazy, dumb, and scared, and I didn’t take it. Since then, I went back to writing a few times: short stories in high school, a novel right after college, screenplays a few years ago. Finally, I decided to take writing seriously (not an early mid-life crisis, by the way :), and the result so far has been three novels. Wicked Sense is the first one to be published. So, I’ve “decided” to be a writer many times, but the decision to become a professional writer is recent. And now I wonder why I didn’t start earlier. *smiles*

Diane Capri: It takes a certain amount of bravery to be a writer because putting ourselves out there is quite risky. We never know how readers will react to our work. But you’re brave in more ways that one, hmmmmm? What the heck is going on in this photo? 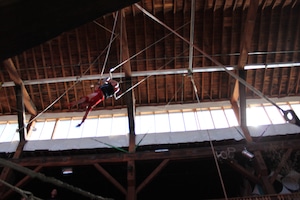 Fabio Bueno:  In January, my friends and I bought Groupons for trapeze lessons on a whim. We had no experience, but we went anyway. It was great! As it turns out, I’m not bad at all. With a little strength and a little flexibility (well, and a lot of courage), I was able to swing and time correctly a catch by the trapeze artist. On my second time, I was flying towards the catcher! I felt like Iron Man: “Yeah. I can fly.” *laughs*

Thanks for a fun interview, Diane!

Diane Capri: It was great to have you with us, Fabio. And readers can connect with Fabio Bueno online in several places, including his website: http://fabiobueno.com   and Facebook:  https://www.facebook.com/FabioBueno.Author