Today, it’s my pleasure to feature a fellow Floridian, indie author Shannon Esposito. Shannon says she lives in a magical gulf coast town with fluorescent sunsets and purple dragonflies. But she admits that like all of us in Florida, she keeps a sharp lookout for the occasional backyard alligator. Every Florida writer knows that beneath the sunshine we must beware of a world of deadly creatures, not all of whom travel on four legs. Paradise, Shannon says, can be murder. 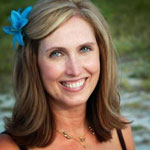 Diane Capri:  Your mysteries transport readers to Florida without the hefty price of airfare, Shannon. Have you always wanted to be a writer?

Shannon Esposito: I knew from the age of five I wanted to be a writer. But I briefly entertained the idea of being a scientist, until I found out it involved math, which gives me hives! *laughs*

Diane Capri: You’re pretty open about sharing your corner of paradise with your husband, twin boys and your dogs. That sounds pretty normal. But Licensed to Thrill readers wand to know why you’re so obsessed with human psychology?

Shannon Esposito: I’ve had two close encounters with serial killers. (Well, as close as I’d ever want to be.)  The first incident happened when I was eight years old. I grew up on a quiet country road in Eighty-Four, Pa. One horrible night my best friend’s older sister was coming home from work when she was abducted by a serial killer on our road. It changed all of our lives.

The second encounter happened when I was a junior in high school and we lived in Palm Bay, Florida.  A man named John Crutchley lived in our neighborhood. They dubbed him the vampire rapist after he was convicted of kidnapping, raping and draining a young girl’s blood. He is suspected of killing over thirty women.

I think this is why I have an obsession with figuring out what makes people tick. Also, why I write serial killer mysteries like The Monarch. In fiction, I can control the outcome. The bad guy gets caught. 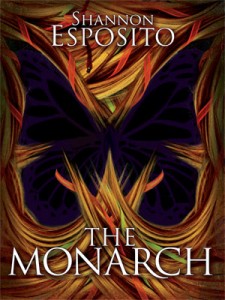 Diane Capri: In addition to serial killers, you also write a bit on the lighter side. Pet psychics, even. Why do you think you’re drawn to both types of stories?

Shannon Esposito: *grins*  When my parents were first dating, they were followed home one night by a large, cigar shaped UFO. Their neighbor took a picture of it. They like to tease me that I’m an alien…at least I think they’re joking. Hmmm….

Diane Capri: *laughs* Okay, entice us, what future project are you considering?

Shannon Esposito: Here’s the thing about ideas, sometimes they are not your own. My idea was to finish up book 3 in the pet psychic series then start to work on a sequel for The Monarch. But, no. I am being harassed by a character named Alice Lois, who showed up in one of my flash fiction pieces a few years back. (You can read it here: Mario’s Goddess)  She was locked up in an insane asylum for ten years before an orderly fell under her spell and broke her out. She’s not actually insane…she’s Enyo, the goddess of war. She tells me she’s married now and struggling to be normal. She wants her story told. What’s a writer to do?

Diane Capri:  Like most writers, you read widely. Who is your favorite author? 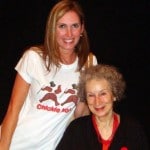 Shannon Esposito: I’m constantly discovering new writers that I fall in love with, especially Indie writers.  The amount of fresh talent out there is staggering. But Margaret Atwood had me at “Snowman wakes before dawn.” This is the first line in Oryx and Crake, the first book I read by her and the first book I read over and over for the pure joy of admiring the craft of writing. I actually got to meet her at the Miami Book fair. I went total fangirl, it wasn’t pretty!

Diane Capri: The first book in your Pet Psychic series is Karma’s a Bitch. You have a second in the series coming out this month titled Lady Luck Runs  Out. What’s the new book about?

Shannon Esposito: In Luck Runs Out, Darwin Winters is a reluctant pet psychic who gets images from traumatized pets. This time her run-in is with a black cat who’s been traumatized by an encounter with a rattlesnake. The same one that has killed the cat’s owner. It’s up to Darwin to prove the snake was used as a murder weapon. Death by snakebite, just in time for Halloween!

Diane Capri: And speaking of Halloween —

Shannon Esposito: It is my absolute favorite holiday! As you can see by our house, we take it very seriously. Yes, my husband built that spider web strand for strand. He makes a good spider, don’t you think? 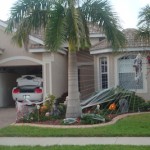 Diane Capri: Thanks for visiting with us today, Shannon. And if you’d like to visit Shannon Esposito, you can find her blog at http://murderinparadise.com/ Or visit her on Facebook: https://www.facebook.com/S.O.EspositoBooks